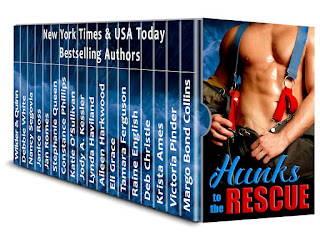 Heroes by Day...Sinful Bad Boys by Night
Fantasized about being rescued by a red-hot hunk? Indulge in this box set of alpha rescuers with a delicious talent for romance. 18 stand-alone novellas from New York Times & USA Today bestselling and award-winning authors will steam up your nights and leave you begging for more.
Whether the hunk you lust for is military, a firefighter, first responder, FBI agent, cowboy, bad boy mafioso, or that sexy, everyday guy who plucks you from danger only to kiss you senseless, this bundle has your hero.
18 hunks. 18 heart-pounding rescues. Brand-new stories. Get ready for a passionate and thrilling ride! 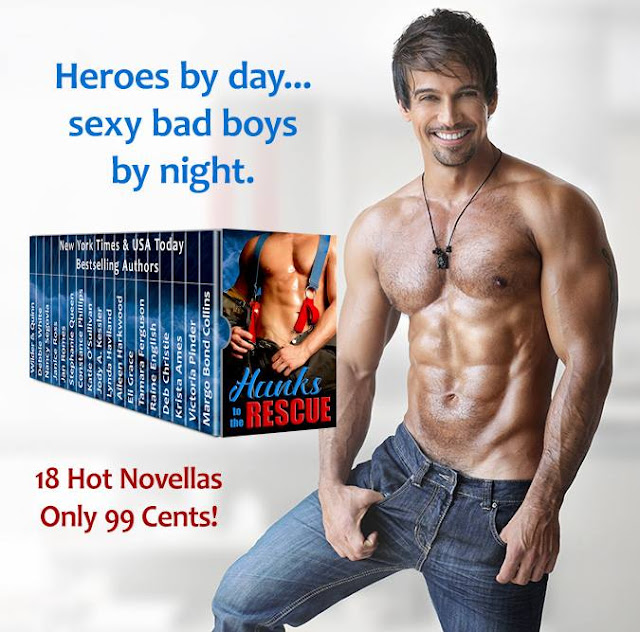 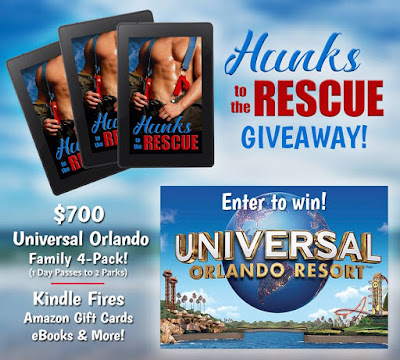 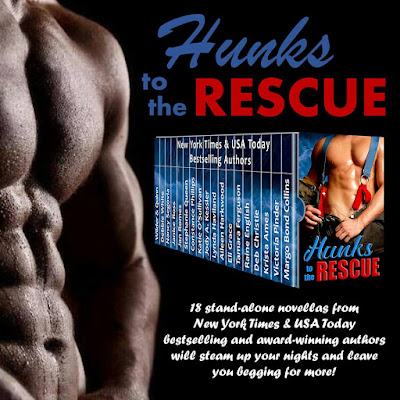 NOVELLAS INCLUDED
Saving Necessity by Margo Bond Collins. For this cowboy, risking his life to save a movie star from a fire is easier than risking his heart.

Tempting Conner by Victoria Pinder. Prince Conner Udine promised his best friend he'd protect his sister, Olivia, from an assassin's bullet, but he needs to marry fast to save his country and Olivia is far too tempting.

An Unexpected Twist by Krista Ames. Used to fighting wildfires, Boone Michaels isn't prepared for the sexy stranger who blows into town fighting battles of her own.

Bad Medicine by Deb Christie. An emergency room nurse and an ex-Army ranger with PTSD. One lives day in and day out with grief, the other with guilt. Can he forget? Can she forgive? A single dark secret holds the key.

Destiny's Secret by Raine English. Eden Wright's fixer of a Savannah mansion comes with two unexpected extras, a not so friendly ghost, and a hunky paranormal investigator whose agenda includes seducing her. That Unexpected Kiss by Tamara Ferguson. Can an undercover FBI Agent rescue the woman he loves, when she's targeted by his father's killer?

A Silent Heart by Eli Grace. Laurie doesn't have a voice to tell Tanner how she feels, but she can show him.

Unreachable Heart by Aileen Harkwood. When mountain rescue expert Hart Renker pulls a stunning survivor from a plane crash in the middle of a blizzard, the heat between them could melt the bitterest cold.

Dark Current by Lynda Haviland. Ben Kane hitches up to the dock at Willow's troubled marina, with a murky past and a body hotter than the Florida sun, Is he destined to be her savior or her downfall?

Unwrapping Treasure (A Granite Lake Romance Novella) by Jody A. Kessler. Two paramedics, one disastrous night shift, and a sexy holiday vacation that changes everything.
Breaking the Rules by Katie O'Sullivan. Undercover at a 5-star resort, police detective and rule-breaker Jake Campbell finds the prime suspect impossible to resist.

Falling for Captain Hunk by Stephanie Queen. Captain Colin "Hunk" Lynch worries his attraction to a fellow law-enforcement professional could be the mistake of his life...if it prevents him from saving hers.

Fire and Ice (A Sunnydale Days Novella) by Constance Phillips. If only someone warned firefighter Brian his old flame, Charlene, would walk into his life. He should be angry. Instead, he wants to rekindle the flames of passion.

Two More Miles by Jan Romes. Keith rescues Ava after she falls at the gym, and the chemistry between them is undeniable.

The Bad in Each Other by Janice Ross. Caleb and Layla choose the worst possible time to hook up, as tragedy strikes and Layla puts everything on the line to enact revenge over the most heinous of crimes.

Come Hell or High Water by Nancy Segovia. Stranded on a rooftop with Dwight during a hurricane, Maisie's resolve to swear off men weakens as she finds some promises are meant to be broken.

Coaching the Sub by Debbie White. Substitute teacher Shannon has her hands full with bullies in her classroom until Coach "Brock" Andrews gives an assist, while teaching Shannon a thing or two about love.

Path to Grace by Wilder and Quinn. Daughter of a mob boss, Carina wants nothing to do with the family business until she's in need of a rescue by the family's "cleaner," Matteo.