Micah Preston is Hollywood’s #1 sex symbol.
A rich and famous actor who has sworn off any serious relationships, the playboy is the media’s favorite bachelor.
But he wasn’t anybody when Maddie Bauer met him seven years ago. Then he was just the hot guy at the party who gave her an amazing orgasm and never called her again.
Now her job as a camera assistant has landed her on the set of his latest movie, and despite her vow to ignore his charm, she finds him pulling her focus.
She just has to make it through the shoot without landing in his bed. But when the legendary bad boy sets his sights on her, how can she possibly resist?
The book was previously published under the title Take Two.

USA Today and New York Times Bestselling Author Laurelin Paige is a sucker for a good romance and gets giddy anytime there’s kissing, much to the embarrassment of her three daughters. Her husband doesn’t seem to complain, however. When she isn’t reading or writing sexy stories, she’s probably singing, watching Game of Thrones or The Walking Dead, or dreaming of Michael Fassbender. She's also a proud member of Mensa International though she doesn't do anything with the organization except use it as material for her bio. She is represented by Rebecca Friedman. 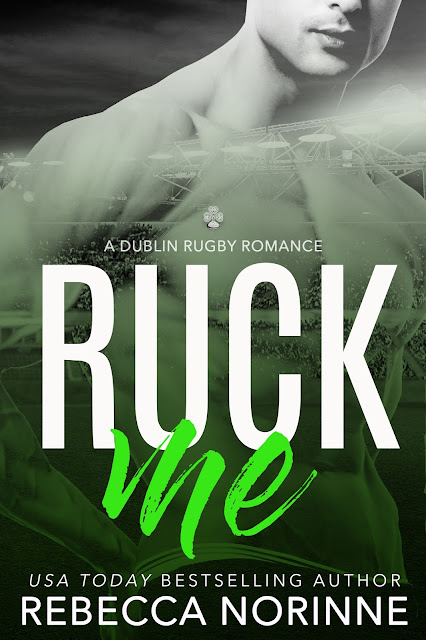 She’s a free spirit; he’s a no nonsense kind of guy. When these opposites attract ... oh baby! It's game on!

I’ve called Aoife O’Shaughnessy a number of things, but dumb was never one of them. Through all the insane things she’s done—all the trouble she’s gotten into—I never once thought she was actually stupid. Until now. Because I just heard her plan to lose her virginity to the vilest human being I’ve ever met.

My first thought? How the f*ck is Aoife still a virgin? The second? Over my dead body.

So I volunteered for the job instead.

It might be the stupidest thing I’ve ever done, but once the words were out of my mouth, I couldn’t take them back. Now, I can’t stop wondering what it will be like to kiss the pink-haired sprite I’ve known my whole life, to hear her moan my name when she comes.

And I know she’s wondering about me too.

What started off as a bit of fun has spiraled out of control and now I’m in deep. I never meant to fall in love with Aoife … it was never supposed to go this far. And what happens next, just might break both of us. 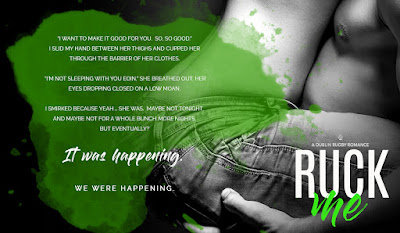 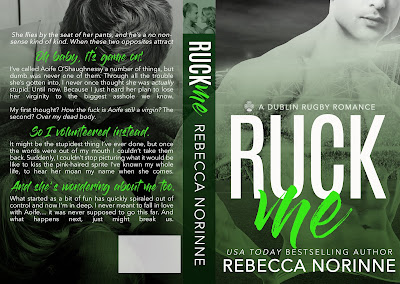 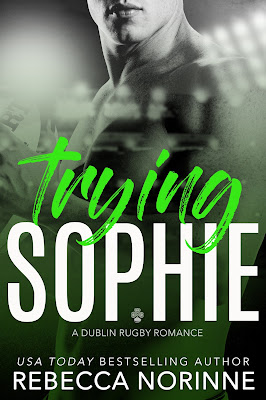 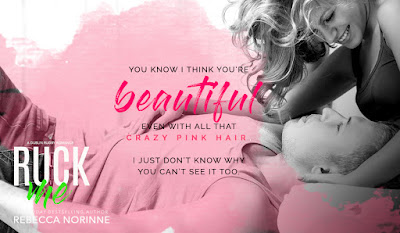 USA TODAY bestselling author Rebecca Norinne writes contemporary romance featuring smart and sexy heroines and the men who adore them. When not writing, Rebecca is watching rugby, drinking craft beer, or traveling the globe in search of inspiration for her next story. Her favorite foods are popcorn, sushi, and French fries and she’s never met a Kelly Clarkson song she didn’t like. For more information, visit http://www.rebeccanorinne.com. 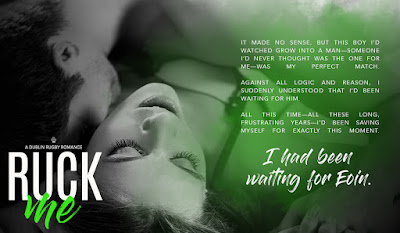 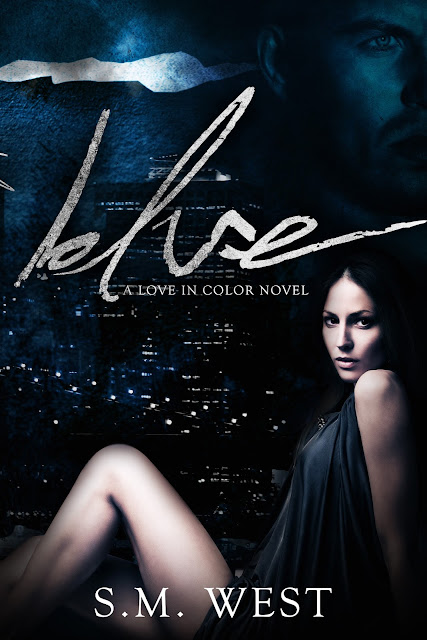 Blue. The color of devotion.

CARYS WOLFE is my heart.
Mine, always. Leaving her nearly killed me.
I thought it was the only way to keep her safe.
She’s moved on, and I want her back.

EVAN HART is my heart.
Loving him is my destiny. I waited my entire life for our time,
for us to finally be together, only to have him leave.
Now he’s back.
Though my mind can’t forgive him, my heart can’t forget. 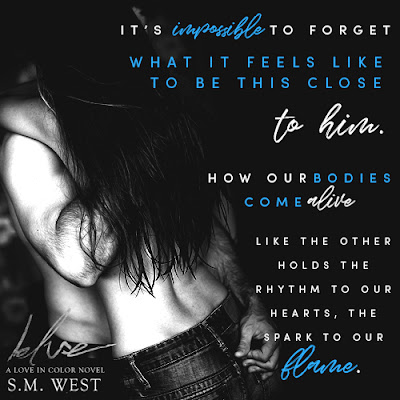 “Evan, I want to know what happened, but I have a life now and you need to know…” She trails off, her eyes darting away from mine.
“What?”
Gazing up at me, she continues, “Whatever you have to say, it’s not going to change a thing. We’re over.”
My heart twists and breathing becomes difficult. Mother fuck, her words cut deep, hurting even though they aren’t true. Sure, she believes them on some level—she had to, in order to get through what I did. Yet, along with the hurt and disappointment swimming in her eyes, there’s also tenderness and love.
“Tell me you’re happy and I’ll walk away.”
We always pushed each other, challenged the other to face our fears, to be honest with ourselves, with each other. I need to hear her say it. I don’t believe it, but if she is over me, I need to hear it in her voice and see it in her face—not because I want to, but because it’s the only way I can even begin to accept that we’re over. Even then, it’s not possible.
“I’m happy.” Her tone is laden with bravado, but no true emotion. Even her gaze, which never wavers from mine, is flat.
Shaking my head, I briefly cast my eyes downward to suppress my smile. “No, you’re not.”
“Van.” I flinch at that fucking name.
As a child, I thought it was so fucking cool to have a nickname that only my best friends would call me. Now, hearing “Van” from her pretty lips, I want to obliterate the word from her vocabulary, fucking kiss the word out of her.
“You can call me asshole for all I care, you’re not happy,” I retort in frustration. Catching my tone, I breathe deeply and loosen my fists to relax. “Don’t lie to me, and most of all, don’t lie to yourself.”
“You don’t know what you’re talking about. You want to see what you want. I’m with Greg, and we’re happy.”
She grimaces infinitesimally, then averts her eyes from me. Unable to read her, I’m not sure if it’s because she means it and doesn’t want to hurt my feelings or if the lie tastes nasty in her mouth.
“Sweetness, I know everything there is to know about you, without apology. You can’t lie to me.” 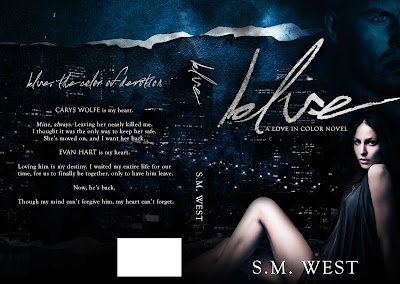 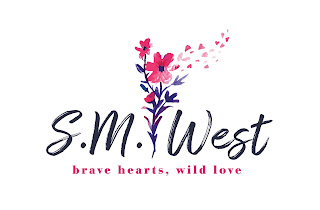 S.M. West is an indie author who writes contemporary romance, romantic suspense, erotica and whatever her heart desires.

She spends her time juggling ay day job, being a mom and wife, and writing. On top of that, she's a self-professed junkie of many things including a voracious fan of music, a born wanderer, a wine aficionado and chocolate connoisseur. 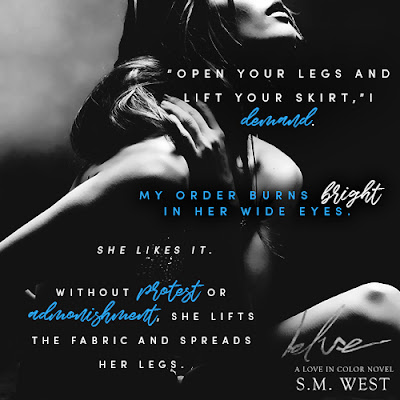 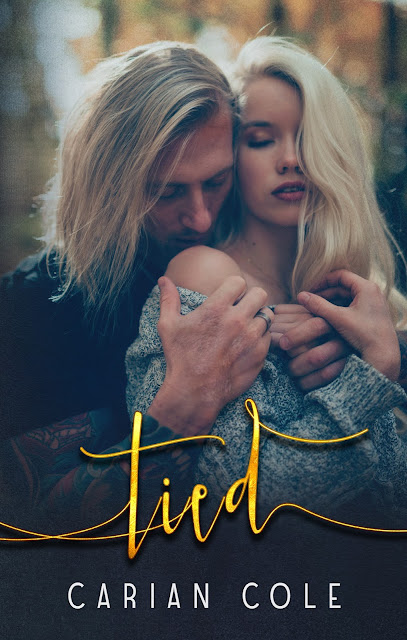 He was the myth and the legend of our small town. But no one knew the truth... except me.


He’s possibly as damaged as I am. Maybe even more. Scarred just as much on the inside as the outside. Just like me. He doesn’t speak. He doesn’t smile. He hides in the woods like an animal.  I should be scared of him. But I’m not. He’s the only one that has ever made me feel. And I want to make him feel, too. everything... 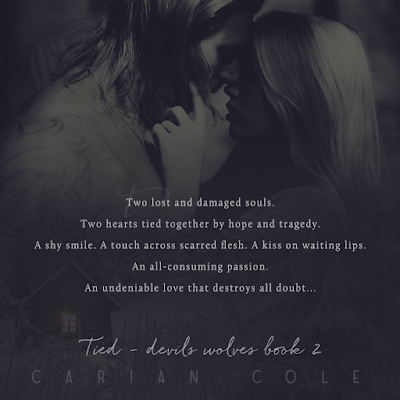 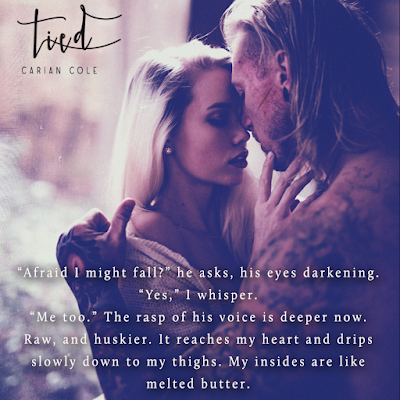 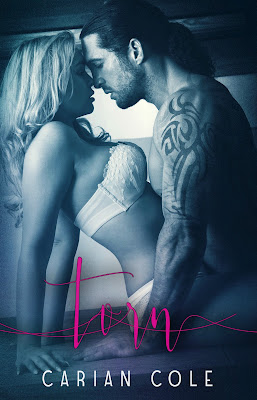 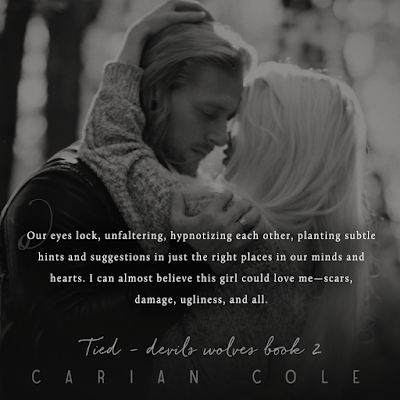 I have a passion for the bad boys, those covered in tattoos, sexy smirks, ripped jeans, fast cars, motorcycles and of course, the sweet girls that try to tame them and win their hearts. My debut series, Ashes & Embers, follows the lives of rock band members as they find, and sometimes lose, the loves of their lives.

Born and raised a Jersey girl, I now reside in beautiful New Hampshire with my husband and our multitude of furry pets and spend most of my time writing, reading, and vacuuming. 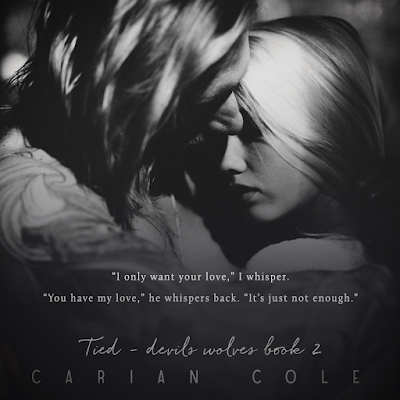 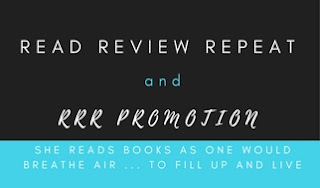 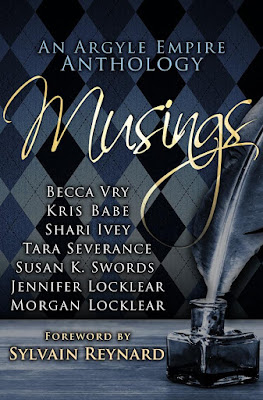 Seven friends inspired to raise awareness and funds for homeless youth in crisis.

Seven authors with a love for storytelling.

Nine original stories with themes every reader will love.

All proceeds to benefit the Philadelphia chapter of Covenant House, in loving memory of Terry Aisenstein. 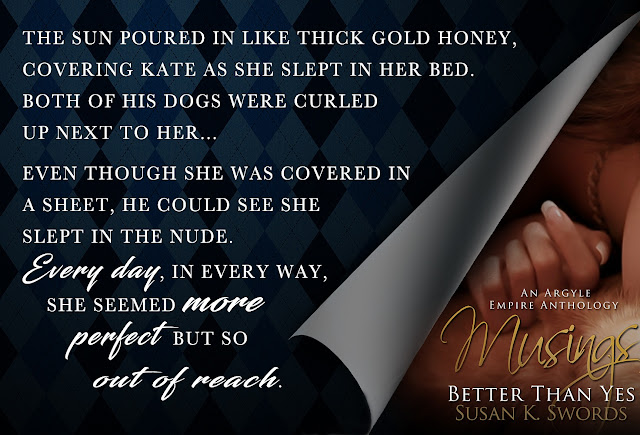 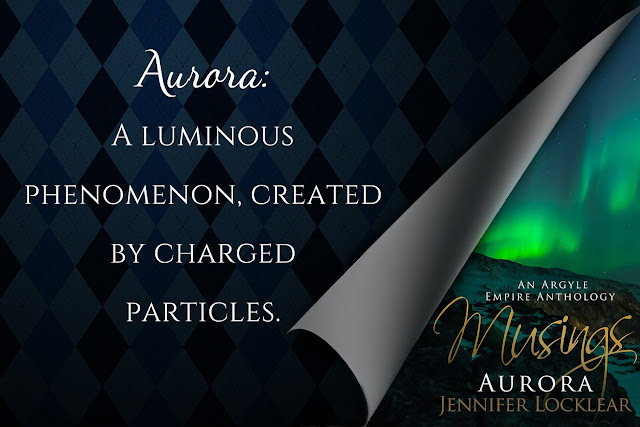 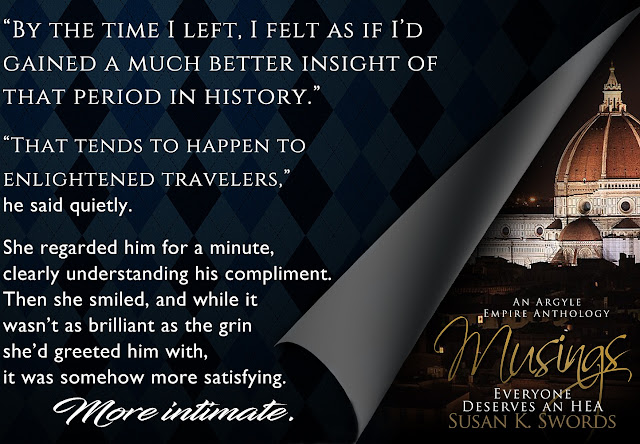 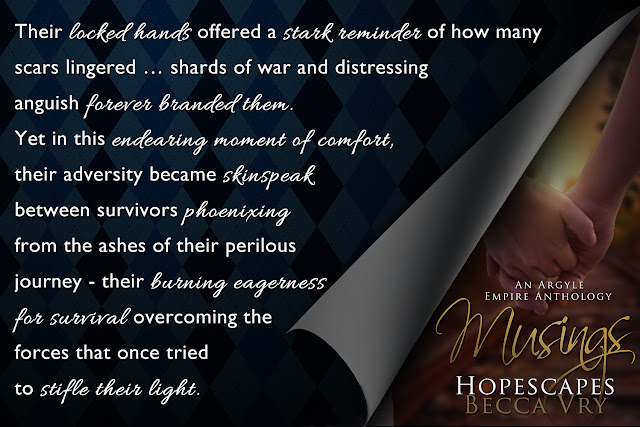 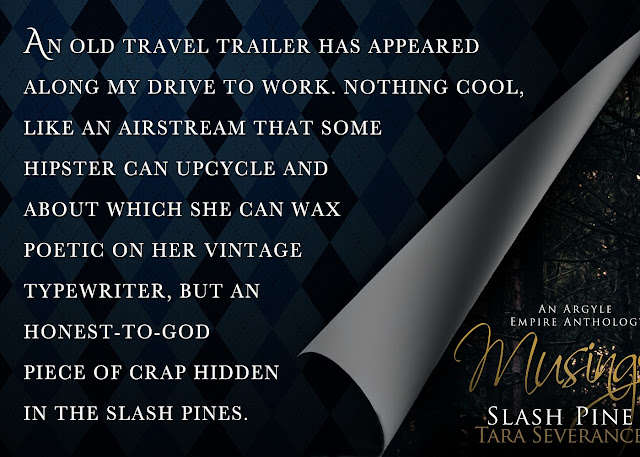 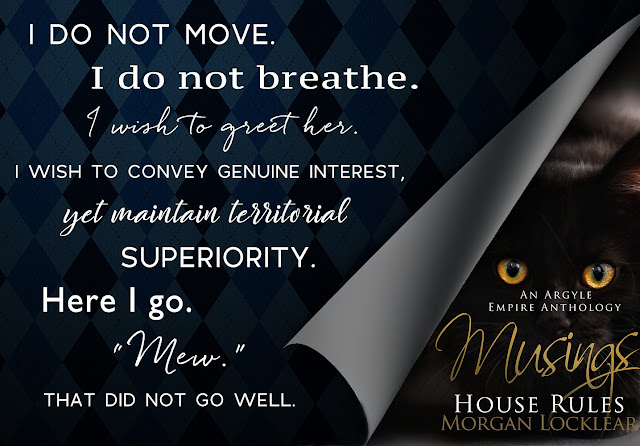 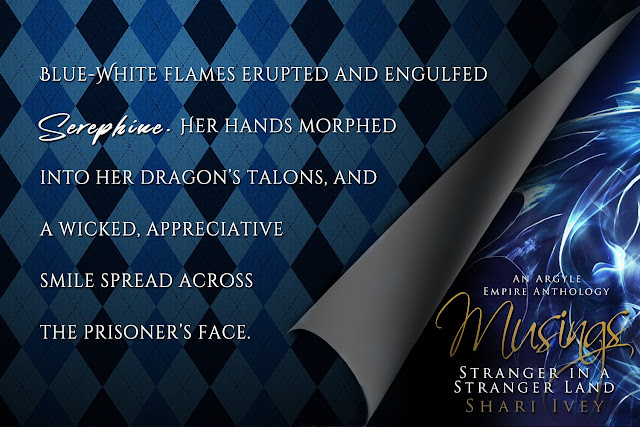 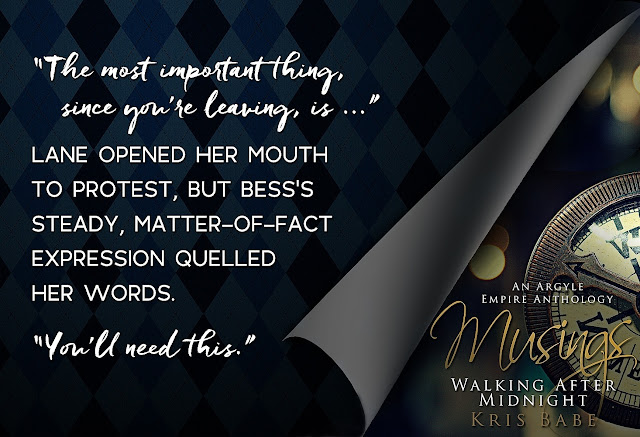 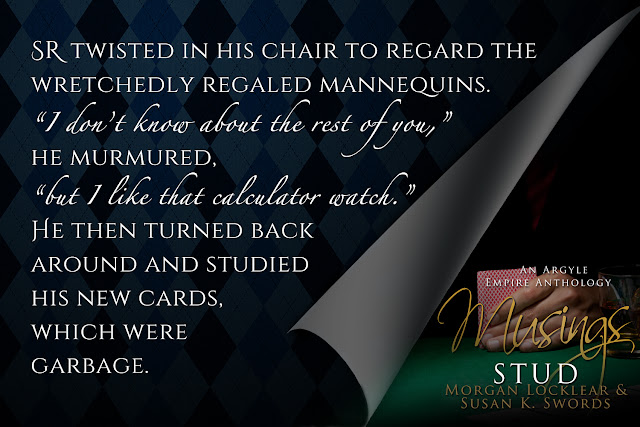 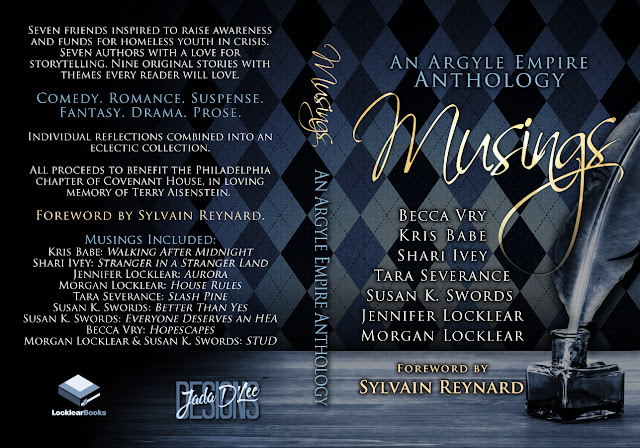