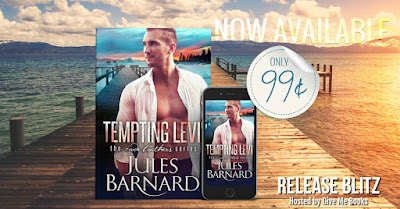 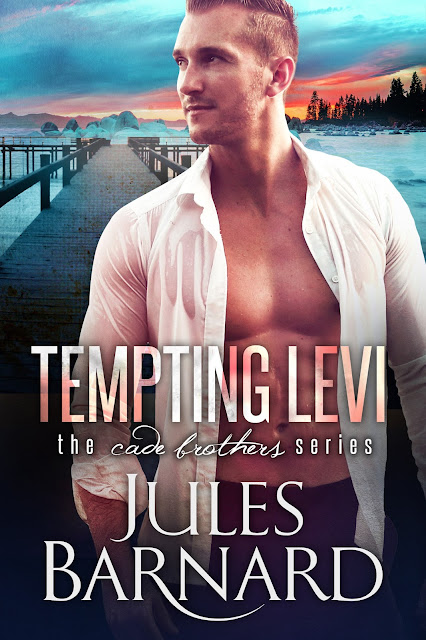 Cade men are known for two things: arrogance and competitiveness. I grew up in one of the wealthiest, most dysfunctional families in Lake Tahoe, and all I wanted was to get the hell out. I thought I'd succeeded. Until an accident burned up my firefighter ambitions. Then Dad died and left me in charge of the family's luxury resort.

Now I've got financially uptight advisors telling me what to do, and I need someone I can trust working at my side. The perfect candidate walks through the door in her pencil skirt, fitted white blouse, and that mass of wavy blond hair she tries to contain.

The only problem? She's my cheating ex's younger sister.

Hell no. The last thing I need is another Wright female in my life.

But Emily's good at the job, and she seems trustworthy. I should ignore the desire I have for her. But after all I've lost, I'm tempted by what I can't have and ready to stoke the flame that smolders between us. As long as this Wright sister doesn't betray me the way the last one did.

Then again, I always liked playing with fire. 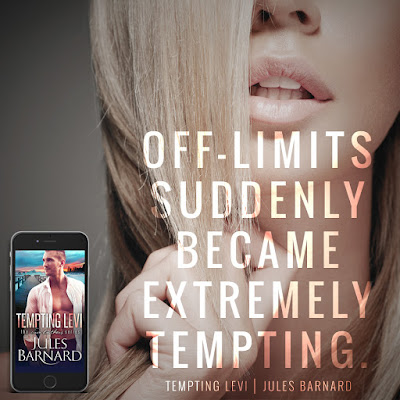 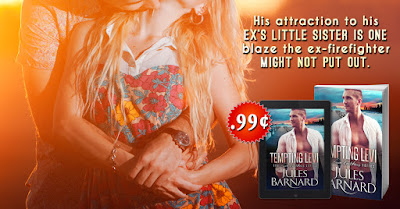 She climbed to her feet and leaned into him, tracing the scar above his eye. “I like this scar.”
He chuckled and dropped his cheek into her hand. “Glad it pleases someone. It didn’t feel too good when it happened.”
“I don’t like it because you were hurt. It’s just—it brought you to me. And it reminds me that you’re not the same person I met years ago. That we’ve both changed… However”—she grinned saucily—“scars are pretty hot.”
He tugged at her top and kissed her collarbone, tickling her with his lips, because the naughty man had quickly discovered a sensitive spot. “My scar looks hot, does it?”
She laughed as he continued to pepper her skin with light kisses. She lifted her shoulder in defense. “Very sexy.”
“Hmmm, don’t give me ideas, Emily, or I won’t let you go home.” 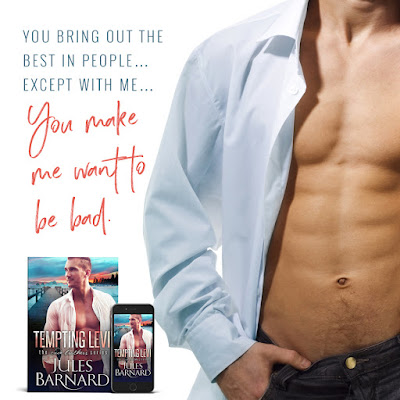 RITA-nominated author Jules Barnard began her publishing career in 2014 with her first contemporary series, Men of Lake Tahoe, making it onto romance bestseller lists. In 2015, she launched, Fates Divided, the first of a romantic fantasy series Library Journal calls "...an exciting new fantasy adventure." Whether she's writing about sexy men in Lake Tahoe or a Fae world embedded in a college campus, Jules spins addictive stories filled with heart and humor.

When she isn't in her sweatpants writing and rewarding herself with chocolate, Jules spends her time with her husband and two children in their small hometown on the California coast. She credits herself with the ability to read while running on the treadmill or burning dinner.

To learn more about Jules, visit her website at: http://www.julesbarnard.com./ 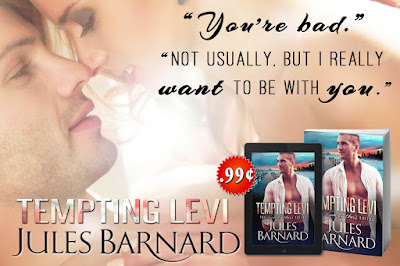