Showing posts from June, 2015
Show all

A War is brewing!   Find out what happens in Queen of Blood! NOW AVAILABLE! Amazon US: http://amzn.to/1fZ5BmH Amazon UK: http://amzn.to/1FII12h Blurb For one hundred years, Seri’s people have lived under the thumb of the Blood, the cruel and mysterious rulers of Athon. Seri wants nothing more than to put food on the table and marry the hotheaded but handsome Rilen come spring. But when a noblewoman asks Seri to be her handmaiden, Rilen insists she move to the enemy’s castle . . . and spy on the newly arrived prince. Prince Graeme has grown weary of his family’s curse. The Blood are powerful and immortal, but doomed to live in the shadows, flitting from lover to lover, always in search of the mythic Eterna—the one woman who will sate their hunger. Now his father has sent him to the outskirts of the empire to stamp out a rebellious Vidari faction. But when a wild and alluring Vidari girl shows up at court, he finds himself torn between following his fa
Post a Comment
Read more

Title: The Honeymoon Prize Series: The Honeymoon Series #3 Author: Melissa McClone   Release Date: July 1, 2014 Blurb He needs a wife… Single bodyguard Nick Calhoun has been given an ultimatum by his boss—find a wife or lose his cushy, high-paying job. Clients’ wives are hitting on him and putting Nick, and his boss, in hot water. But monogamy? He’s never been a white picket fence kind of guy, and he’s not about to embrace the happily married lifestyle now. He needs a wife who doesn’t care about his steamy, extra-curricular love life…and he knows just the woman to fit the bill. She needs a home… Adalaide Sinclair spent years caring for her ill grandmother. Upon Grammy’s death, she’s stunned to find herself evicted from the only home she’s ever known and labeled a thief by her inheritance-hungry family. Addie needs to find a place to live and a job—fast. So when her childhood friend, Nick, proposes a no-sex marriage of con
Post a Comment
Read more 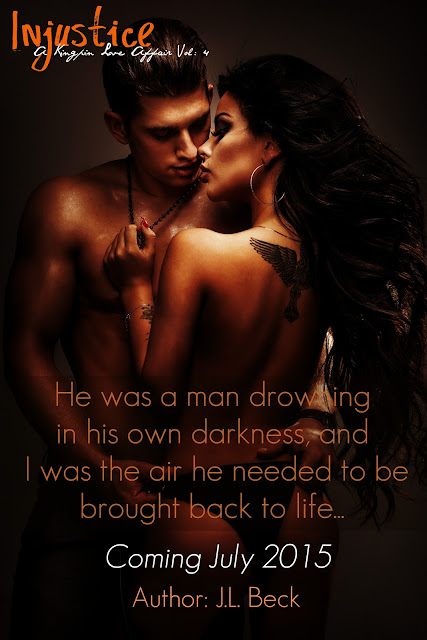 "You're not her hero, you're her darkness."  A complete series with over 400,000 words, and over 200 chapters. -Warning this book series contains graphic violence, explicit sex scenes, and dubious content. Not for those under the age of 18. That's FIVE books for the price of #99Cents. #Preorder your copy today and be entered in to win an #IpadMini just send POP to jobeck0813@gmail.com and you're entered in. KOBO: http://bit.ly/1K6kEE0 ITUNES: http://apple.co/1SjCWY9 AMAZON US: http://amzn.to/1HpJ0Wk AMAZON UK: http://amzn.to/1HXBDpm AMAZON AU: http://bit.ly/1KRtnu5 AMAZON CA: http://amzn.to/1GmFBeJ
Post a Comment
Read more

KING. IS. HERE! NOW AVAILABLE Amazon US: http://amzn.to/1ALhF4i Amazon UK: http://amzn.to/1AOJb0q iBooks: http://apple.co/1KreL6J Nook: http://bit.ly/1B7H73R Blurb Homeless, hungry and desperate enough to steal, Doe has no memories of who she is or where she comes from. A notorious career criminal just released from prison, King is someone you don’t want to cross unless you’re prepared to pay him back in blood, sweat, pu$$y or a combination of all three. King’s future hangs in the balance. Doe’s is written in her past. When they come crashing together, they will have to learn that sometimes in order to hold on, you have to first let go. Warning: This book contains graphic violence, consensual and nonconsensual sex, drug use, abuse, and other taboo subjects and adult subject matter. Although originally slated to be a standalone, KING is now a two part series. Excerpt “Hey there,” a deep voice rumbled against my ear. When I turned
Post a Comment
Read more

Title: He’s Captured My Trust  Author: Karen Frances  Book Tour: June 22 - July 3  Hosted by: SBB Promotions   Alex Mathews is a New York businessman who has a “work hard, play hard” mentality and considers women as a means to an end. But Libby Stewart, a beautiful hotel manager in Scotland, manages to do the impossible: steal Alex’s heart and turn his world upside down. With an ocean separating them, Alex arranges for Libby to visit him in the States for a long weekend…but things don’t go quite as planned. Sparks fly when Alex’s old friend enters the picture and one of Alex’s business rivals shows an unsolicited interest in Libby. Tensions reach an all-time high when the four of them are thrown together during an engagement party. But it’s a series of passionate trysts and shocking betrayals that leaves Alex and Libby wondering if their love was truly meant to be. Can they learn to trust? Or will the sea between them prove to be too much to overc
Post a Comment
Read more
More posts