**SALES BLITZ** Under the Surface by Jaye Cox 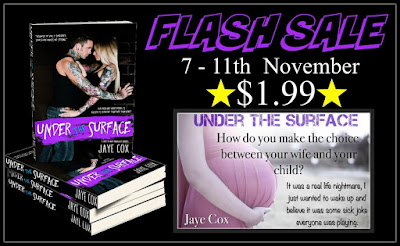 “I don’t trust men, they only ever take what they want and throw you away like yesterday’s trash.
The day I met Dex was no different, until I started to let him in. He could see ME, not the person I have become to avoid being hurt. Then I had to question everything I thought I knew, because he was different.”
Traumatised and screwed up, hard ass Ruby Sinclair never stays too long in one place, never letting anyone get too close. Always running to the only protection she knows –her brother. But a chance meeting with single dad
Dex, changes everything.
“My life was perfect and then one day everything changed, my whole life was turned upside down, FOREVER. I became a shell of the man I use to be.
Then Ruby happened, she was the breath of fresh air I didn’t know I needed, or wanted. How can letting her in feel so wrong, but so right at the same time?”
Dex has inner demons that torment him constantly. It’s meant to be just for the night; the last thing he expected is a tattooed beauty oozing sex appeal to leave him breathless. Once he’s had a taste of her, will he be able to stop?
With an undeniable sexual attraction that devours them, neither one wants more, but both don’t want anything less.
When push comes to shove, will either of them give an inch?Can he teach me to trust again?
Could she teach me to love again?
They were destined to cross paths... Because sometimes when two broken people come together, they can once again become whole. 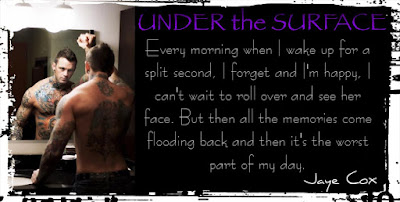 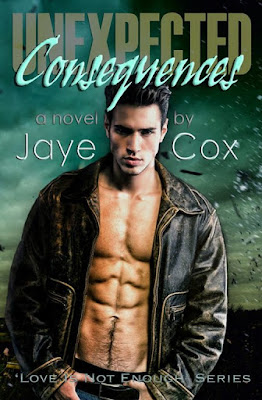 "He is my weakness" "Just one look from him was enough to make me lose my resolve and do things I usually wouldn't.

"She is my strength" "She is the reason there is light in my darkness, the strength I need to live.

When you fall in love so fast, is love really enough to get you through all the secrets and lies? Maybe love is not enough