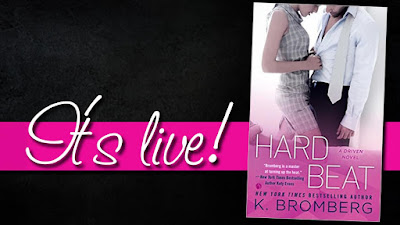 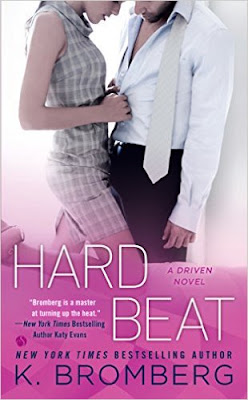 From the New York Times bestselling author of Sweet Ache comes a blistering new novel filled with danger, secrecy, and a desire that can’t be sated…
Foreign war correspondent Tanner Thomas is addicted to living on the edge. Needing the adrenaline rush of his job to help him cope with a personal loss, he throws himself back into the game, concentrating all his energy on getting the next big story. But when he meets his new photojournalist, Beaux Croslyn, he can’t help but feel like he’s losing his focus—and maybe risking more…
With secrets she won’t address, Beaux is far from your ordinary woman. Determined to keep her distance, she’s willing to pull Tanner in closer and hide behind the sparks flying between them. But as Beaux’s past begins to put their relationship—and their lives—at risk, Tanner’s determination to find the truth puts them both in jeopardy.
He's ready to chase her to the ends of the earth to find out if what they had was real, or if the danger surrounding them was just an exquisite heat fated to burn out…. 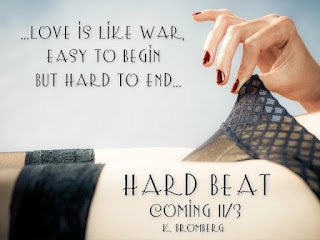 Excerpt #1
She pulls me from my lewd but damn fine thoughts when she tries to jerk her arm from my hold. My spine stiffens some because hell if I’m up for resistance right now. I’m emotionally drained, exhausted, and as much as I don’t want to feel that grenade of desire sitting low in my belly, I still want to pull its pin so I can lose myself for a bit in the soft curves and sweet taste of a gorgeous woman no matter how fucking insolent she is.
I clench my jaw. A fleeting show of resistance before I give in to my need and the sexual tension. She gasps when I release her arm only to bring it up to her neck at the same time I crash my lips to hers.
And fuck yes I’m a dick for not letting her push me away, for letting my own need for this woman who will most likely move on by the week’s end control my actions, for taking without asking, but goddamn her small display of independence turns me on something fierce.
I brand my mouth to hers, press my tongue between her lips as she parts them. Her hands push me away, but the movement of her tongue tells me she wants more. She’s a clear contradiction in all meanings of the word. Soft and supple body, but I can feel the toned muscle beneath. Between kisses she tries to pull back, but a soft moan in the back of her throat when my free hand cups her ass tells me how much she wants this.
Her hands fist in my shirt at the same time my hand takes hold of the loose bun at the nape of her neck to tilt her head back and look into her eyes. But her mouth stays right where I want it because I’m nowhere near done with her yet.
“I don’t like you,” she claims through gritted teeth. Our hands run possessively over each other, but derision laced with defiance glimmers in her eyes.
“I beg to differ.” I laugh at the ludicrousness of her statement, considering the predicament we’re in. She tries to step back, but when she doesn’t release my shirt, I know she still wants more.
And fuck, I’m definitely all in. I need this outlet more than I ever realized until I was in the thick of it. I’ve kept to myself at home, fought with my sister when she attempted to fix me up with one of her friends, punished myself, and now with the heat of a woman’s body pressed up against me and the taste of her kiss seared in my goddamn brain, there is no way in hell I’m walking away now.
“I don’t like you,” she reiterates.
“Too bad,” I tell her as I go in for the next kiss. One that’s full of angry desperation and irresistible need with teeth nipping and tongues meeting and that ache deep in my balls taking hold of me. My hips pin her against the cold cinder-block wall behind her.
Her fingers dig into my shoulders as she tears her mouth from mine, our chests heaving. And then just when her protests stop and her tongue starts to dance with mine again, I pull back.
“You’re arrogant and—”
“You don’t have to like me to fuck me,” I say, cutting her off. “You just have to want me.”
She protests, and I cut her words off with my mouth on hers at the same time my hands grab her wrists. Even as I gain the advantage, I feel like she’s pulling out the ground from beneath my feet. “Fuck you!” She manages to get the words out between fervent kisses.
I chuckle against her lips before pulling back and looking straight into her desire-laden eyes. “That’s the plan.” 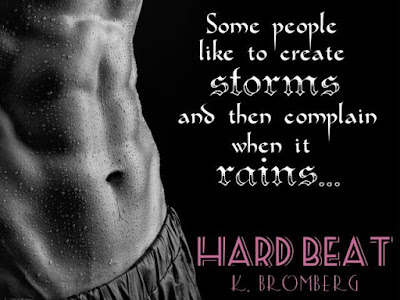 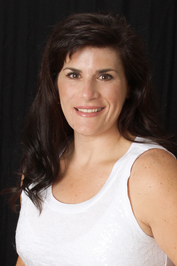 New York Times and USA Today Bestselling author K. Bromberg writes contemporary novels that contain a mixture of sweet, emotional, a whole lot of sexy and a little bit of real. She likes to write strong heroines and damaged heroes who we love to hate and hate to love.

She’s a mixture of most of her female characters: sassy, intelligent, stubborn, reserved, outgoing, driven, emotional, strong, and wears her heart on her sleeve. All of which she displays daily with her husband and three children where they live in Southern California.

On a whim, K. Bromberg decided to try her hand at this writing thing. Since then she has written The Driven Series (Driven, Fueled, Crashed, Raced, Aced (releasing 1/11/16)), the standalone Driven Novels (Slow Burn, Sweet Ache, Hard Beat (releasing 11/3/15), and a short story titled UnRaveled. She is currently working on new projects and a few surprises for her readers.

She loves to hear from her readers so make sure you check her out on social media. 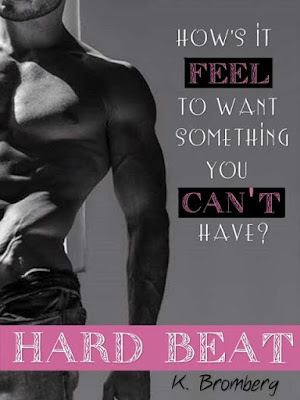 GIVEAWAY
Mystery Box (3 Winners)
This box will be filled with goodies from K. Bromberg!