"CD Reiss writes the best erotica I have ever read." 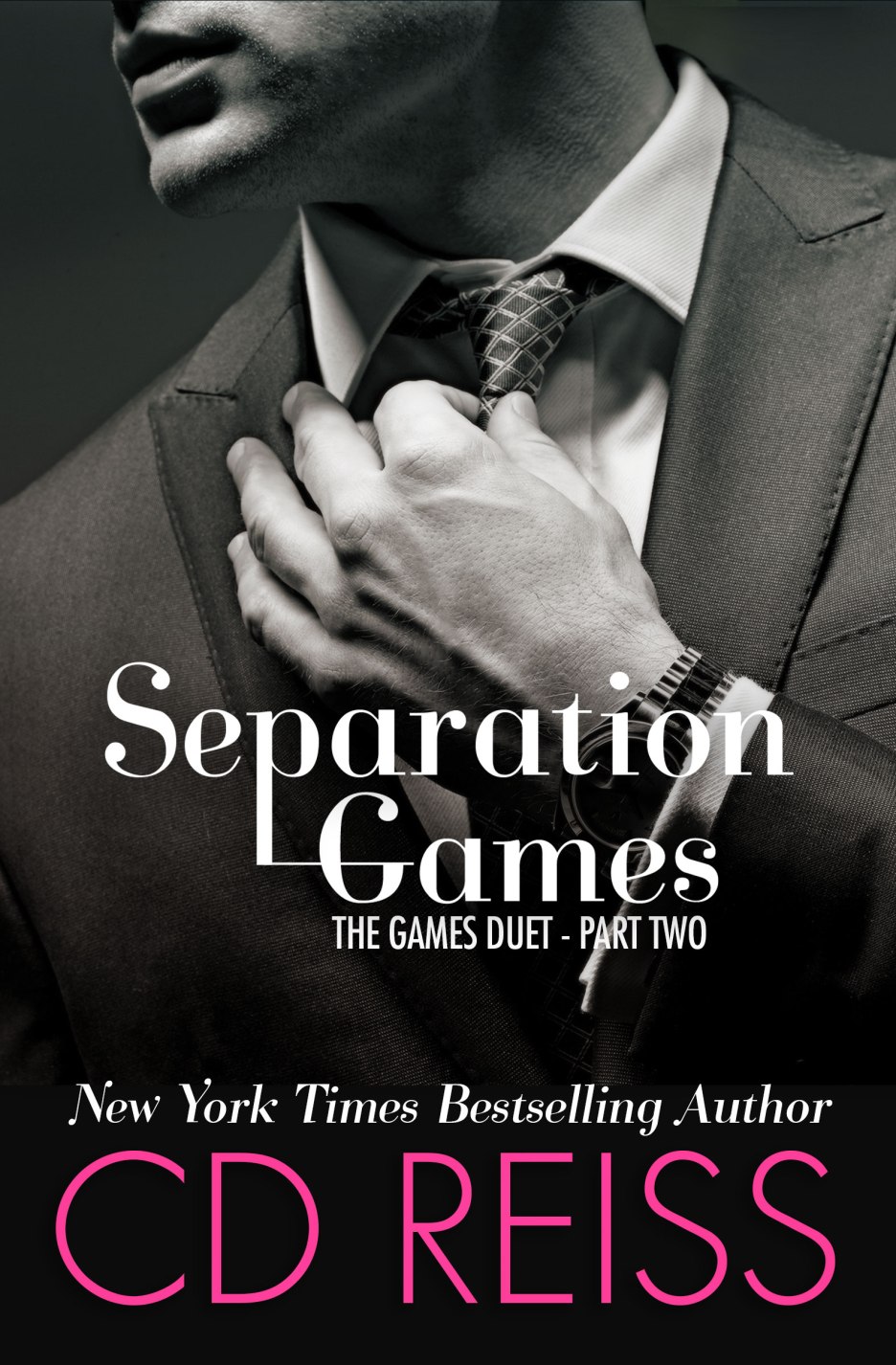 The stunning conclusion to the New York Times Bestseller.
There’s one, unbreakable rule in the game.
Stay collected. Compartmentalize. Think your next move through. Never let your heart dictate your tactics.
The heart is impulsive.
The heart makes bad decisions.
The heart doesn’t see the long game.
Because the heart may have decided to get Adam back, but when the endgame comes, the heart’s going to be the first thing to break.

Adam pulled me to the next door to the left. It opened into a small theater with about two dozen red velvet seats with lights at the bases.
“There was this guy in Marine Park who collected vintage pornography. When he died, one of the clubs uptown took it and preserved it. When all the clubs merged, they reels moved here.”
“We’re going to watch porn together?”
He guided me down an aisle. “Yes.”
“How adventurous of us.” I smiled at him, flirting.
He smiled back a little, but was reserved in his enthusiasm. We sat in the center.
“Now I’m sorry I wore pants,” I said.
The lights dimmed to black. I took his hand, and he paused before dropping our entwined fingers in his lap.
“I’m trying to illustrate something. I want to talk. So I’m glad you wore pants.”
The bullseye countdown appeared. Adam leaned his head back, closed his eyes, and exhaled. They went back to the screen as if all necessary strength had been gathered.
She’s blindfolded, arms tied above her. He’s lashing her.
“These are from the late sixties,” he said as the picture flickered. There was no sound. “The stuff here is very real. There’s no retouching. It’s 16mm, so there’s none of the porny quality of video.”
He’s wrapping her tits in black tape.
“I see,” I said.
He was right. The frame was raw. The beauty of her submission wasn’t on the film. I didn’t feel as though I was watching something. I felt as though I was witnessing something.
He’s clamping her nipples until they’re elongated meat.
“This is called tit torture,” he said matter-of-factly. “Every step of this was worked out beforehand. You’re not seeing the dozen things he’s not doing.” He twisted in his seat to face me. He was backlit, so I couldn’t see his expression. “Give me an adjective. What do you think of it?”
“Is this your thing?”
“Answer me first.”
I loved him. I wanted him. I’d get on my knees and submit to him.
“It’s gruesome.”
“It’s not my thing.” He sat back and faced the screen. The light flickered on his face. “There’s so much more though.”
He’s putting the business end of a hairbrush in her anus.
I’ve never seen skin that shade of purple.
What is she eating?
In all of them, the submissive may have cried or screamed, but she always came back for more. She kissed the Dominant’s hand or looked at him admiringly. Her lips did a dance of gratitude.
Thank you.
Ten minutes in, I couldn’t hold my questions anymore. “Why are you showing me this? You don’t want to wrap me in duct tape.”
“Someone might. I want you to know what it looks like first.”
“Adam Steinbeck!” I stood and put my fists on my hips. “You fucking shit!”
He crossed his legs, shrugging as if it wasn’t his fault. He just worked here. “What?”
“You’re trying to scare me.”
“I’m trying to inform you.”
“To hell with this. I’m going out there right now and getting someone to fuck me with a wooden spoon.”
I stomped down the aisle. He grabbed my arm. I spun around to face him. Behind him, a woman was getting choked, and every time she breathed, the ecstasy on her face was unmistakable.
“Let go of me,” I growled.
“Look at it. You weren’t meant for this.”
But he was? But Serena was? Was I too good? Too weak? Too strong? None of that mattered.
“You love me. Say it, Adam.”
“I’m keeping the love I have left.”
“Why can’t you love a submissive?”
“I don’t know.”
“You can’t love weakness?” I asked.
“I said I don’t know.”
“You’re unworthy of a woman who would kneel for you?”
“What do you want out of me?”
He was hurting me. I jerked my arm away, and he let go.
“I want you to leave me for a reason. A real reason. I left you because I was unhappy. I thought we were incompatible. You’re leaving me because you asked me to submit to you and I love it. You’re leaving me because you love me a little but not enough. What is all that? It’s not a reason.”
“I’m protecting you!”
“You’re protecting you.” 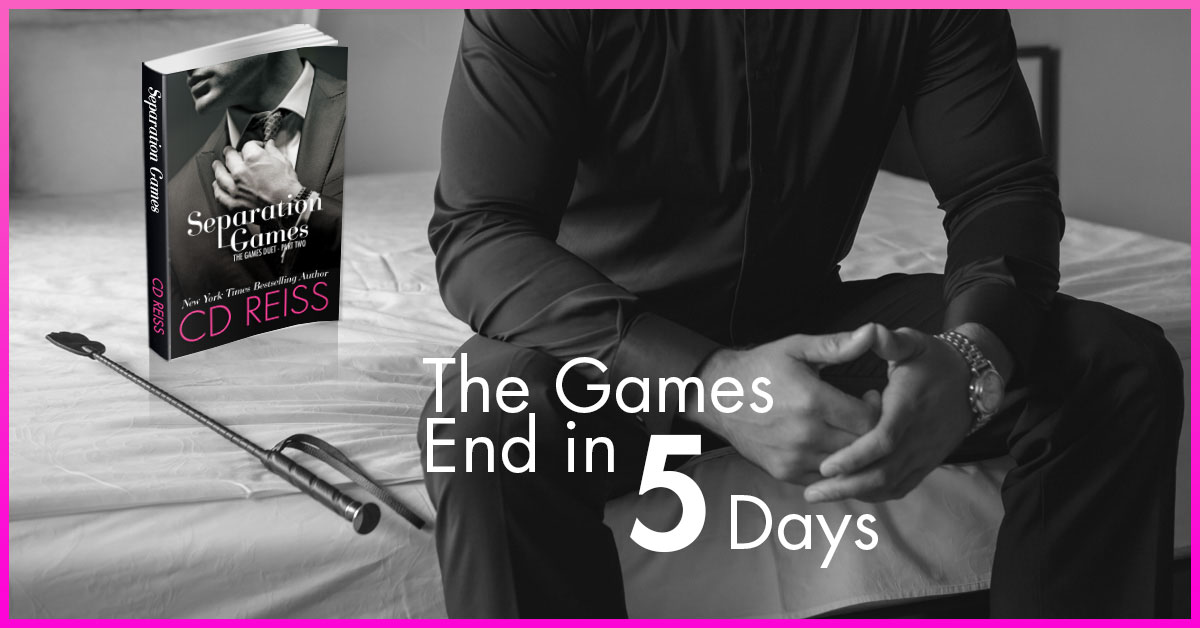 CD Reiss is a New York Times bestseller. She still has to chop wood and carry water, which was buried in the fine print. Her lawyer is working it out with God but in the meantime, if you call and she doesn't pick up she's at the well hauling buckets.
Born in New York City, she moved to Hollywood, California to get her master's degree in screenwriting from USC. In case you want to know, that went nowhere but it did give her a big enough ego to write novels.
She's frequently referred to as the Shakespeare of Smut which is flattering but hasn't ever gotten her out of chopping that cord of wood.
If you meet her in person, you should call her Christine.

Connect with the Author: