Kelly’s been framed for diamond theft and nothing is more important than clearing her name and keeping her job. There’s only one problem, the deadly snowstorm tearing through Kentucky. Detective Jake Bowie comes home exhausted and prepared to sleep his vacation away. His dog, Jasper, has more important things in mind. Say like rescuing a half-frozen, damsel in distress. No stranger to puzzles, Jake senses there’s far more to Kelly’s story than she’s admitting. Can he see through the heat of their passion to figure out this sexy little mystery? 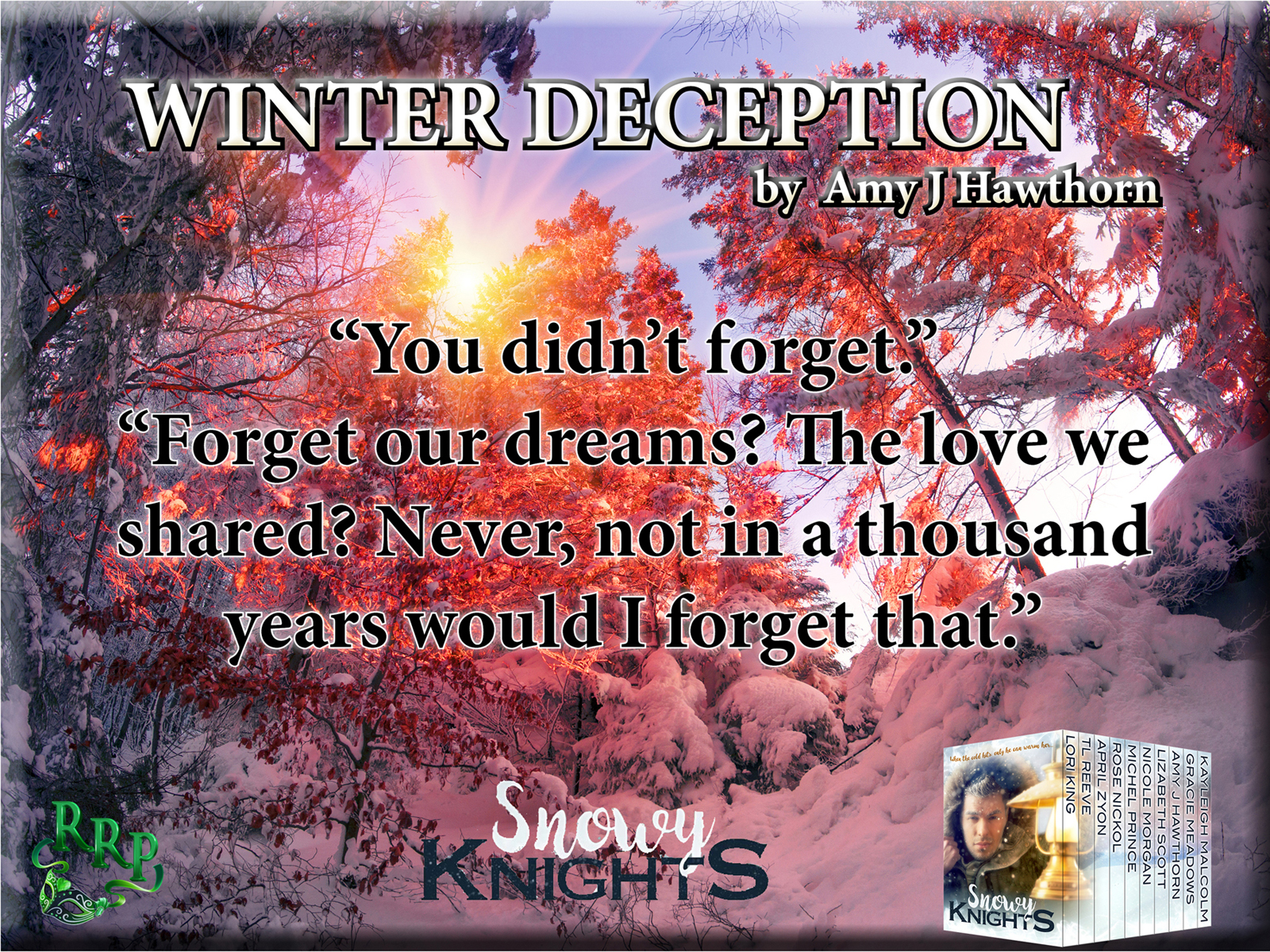 EXCERPT
Jake. She hadn’t seen him in fifteen years. He set her down slowly, but the moment her left foot touched the ground, her leg nearly crumpled beneath her. Catching her, he lifted her back into his hold. She focused on the strong line of his jaw. Dark hair, wet and snow-speckled, plastered to his head. Her hands, one on each shoulder, seemed miles apart. Holy cow! How in the world had he squeezed all that…maleness into my squashed car? And where had it come from? The Jake she remembered had been a tall, thin, a little awkward and so very sweet. Shaking her thoughts loose, she realized she needed to think about what was important. They were outside in a blizzard. She could reminisce later. She pointed. “That little double-wide trailer. I know it’s not much, but it’s really all I need. I just moved here, and it’s just me.” He looked to her house then back to her. He tilted his head and asked strangely, “Exactly how long have you lived there?” She was missing something important. What, she had no clue, but he was giving her the oddest look. She answered, hoping to figure out why he acted so oddly. “A few days.” He frowned as he started walking. “I assume you’re renting? Can I ask who you’re renting it from?” “Well, my friend Sara set it up for me. She said her brother was out of town, away for some detective’s training seminar or something. He’s been looking for a renter for a while now. I haven’t met him yet, but she said he’d be thrilled to find someone. If anything, I’d be doing him a favor. He supposedly a little grouchy at times, but deep down he’s a nice guy.” He laughed, outright laughed, and though it was a nice sound, deep masculine, even a little sexy, he didn’t sound happy. “Doing him a favor, huh?” He sounded as if he spoke more to himself than to her. “Jasper, come on, boy.” The dog bounded up and trotted beside them, his tail going a mile a minute. “Yeah, good boy. You’ve caused enough trouble tonight, mister. Your Aunt Sarabeth is a dead woman.” Jasper didn’t seem too concerned about his master’s threats as he gave them both a big doggy grin. Busy, watching the dog, she’d lost track of his words. Then they hit her. “You’re my landlord! Are you? Oh, crap. I am so sorry!” He walked carefully, watching each step. “Apparently so. I wasn’t aware that I even had a renter, let alone had actively sought one.” Oh, no. That doesn’t sound good. “Kelly, how long have you been back home?” “A month, maybe a little more. I was so relieved to find a place to rent. I didn’t have much of a plan or budget when I decided to pack up and come home. I’d been staying at the Travel Lodge in the next town over. The weekly rent was killing my savings.” Tilting his head as if contemplating a puzzle, he lightly tugged a lock of her hair. He tucked it behind her ear and murmured. “It really is you.” Warmth bloomed inside her, bringing memories back to life. “It is. I mi—it’s been a long time.” She bit her lip as doubt replaced the warmth. Only a fool would think that they could pick up right where they left off. She didn’t come home expecting everything to be the same as it had been all those years ago. She glanced back over his shoulder, looking at the distorted circle her car left on the snow-covered road before toppling off the edge. Even now, the snow had begun to fill it in. She shivered thinking about what could have happened all because of those— Oh, no! Shit! The diamonds! Panic rushed through her, and she fought to get free. “Put me down. I gotta…I need something from my car.” “What? No. No way.” He only held onto her tighter, and she struggled. “I’ll get them. Just let me go!” She began to shake as she squirmed. She didn’t want to hurt him, but she had to get her bag. Stopping their progress, he held her against the flat muscled wall of his chest. He spoke, deadly serious, he put a hand on her cheek. “Kelly, stop.” And she did. Something in his voice, full of authority, got to her. “You can’t even stand. Who knows what you’ve done to your ankle? There is no way in hell you can make it back down to your car. What is so important that you’d risk going back into that deathtrap for?” The enormity of her situation slammed into her. She had a small fortune of stolen diamonds in her possession. She might have been framed for their theft. She’d nearly died, and now she was trapped in a police officer’s arms. At one point in her life, he’d been her dream man, but that had been so long ago. It would be silly to think that anything remained. Even in high school, he’d been so determined to become a police officer, she couldn’t imagine he’d be any less dedicated now. She didn’t know whether to laugh or cry.

Purchase Snowy Knights for only 99 cents!