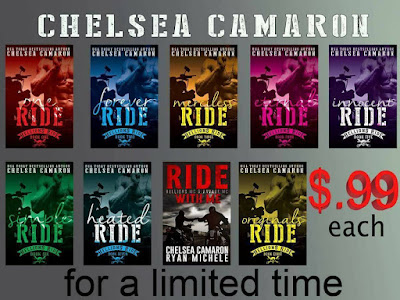 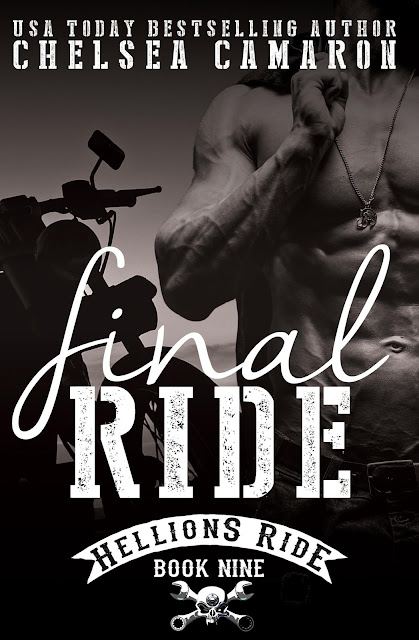 Everything I have never had is right in front of me. Family, it’s mine for the taking. For the first time in my life, I found stability in the Hellions MC. From the ground up, I’ve been loyal to my brothers.
Now the time has come when I may have to choose between the family I’ve never known or the club I’ve built and given my all to.
Richard ‘Frisco’ Billings is the California kid who rode into Haywood’s Landing when the Hellions were needing an extra man. As an original, he’s been with the club from day one. After growing up with no real place to call home, he’s found solid ground.
All of it crashed around him when secrets were revealed and he found out he missed all the formative years with his daughter being raised in an enemy’s club.
Amy Mitchell was lost her whole life until she was found by the Hellions MC in a bad situation with Felix Delatorre. She spent years with the club, rebuilding her life and finding a place where she could belong.
When a new young woman comes into the home she has with Frisco, will she still fit into his world? Will Frisco find a way to make everything work together? Will this be his final ride with the Hellions as life takes him down a different road?
Catch up with all your favorite couples as every secret finds its way out of the dark and new things are revealed, changing the club forever. This is the final ride for the Hellions MC as we know it. 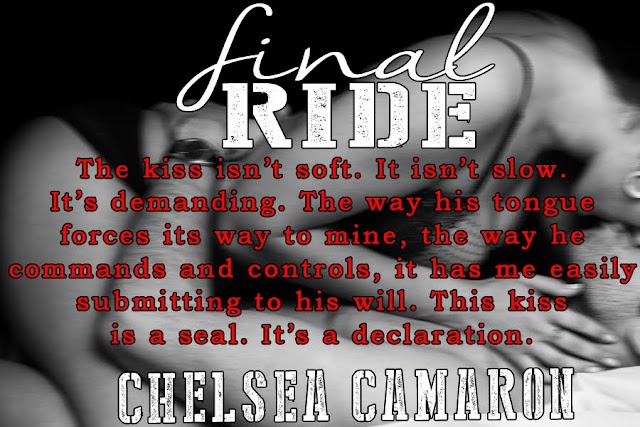 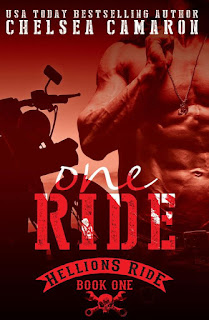 Delilah “Doll” Reklinger never imagined her life with anyone that wasn’t a Hellion. She never imagined there would be a Hellion that could prove himself worthy enough to her father, Roundman, Hellions Club President. Content in living in the bubble of safety the motorcycle club family has always provided, Doll never thought that danger surrounded her. Roundman has kept the Hellions contained for the last thirty years by controlling the chaos surrounding their lifestyle. When the dangerous side to their business comes knocking on his door, he realizes his precious Doll isn’t safe. The Hellions code may be that women and children are off limits in any altercation or dispute, but that doesn’t mean their enemies follow that same moral compass. His only child, now in danger from the association to him and his club, Roundman makes a decision. He sends her away with a charter club member that he trusts, in hopes that the trouble won’t follow. One ride across the country. One simple ride. Talon “Tripp” Crews has been ordered to take Doll on one ride away and to keep her safe. She’s off limits. His head knows this, but his body can’t deny the attraction. She’s feisty, fierce, and fearless. Constantly in close confines together, can they deny the chemistry? Will they give into the desire? Can one ride turn lust into love? 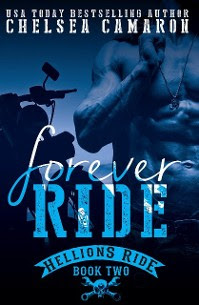 Events happen in life that can awaken our truest and deepest desires. They also show us our greatest fears. Sometimes we are forced to face those fears, other times we build walls that can't be broken to protect ourselves. A profound connection these two once shared. A strong friendship once formed was shattered. Fate has stepped in and shaken both their worlds. The danger, the wild, the chaos, and the lifestyle of the Hellions world has become far too much for Savannah 'Sass' Perchton. Swearing off bikers and attempting a 'normal' life, she has settled. She's committed to Nick, her country club, pretty boy. She's found a way to be content. Things aren't always what they seem. Wrap an empty box in pretty paper and a bow, it may look amazing, but it's still a hollow shell. He's a Hellions playboy. A different chick in his bed, off on a different ride, and always something new. He's Frank the 'Tank' Oleander, Haywood's Hellions Road Chief. Throttle down and life is good. The fast pace of the Hellions life catches up to him. At a crossroads, he's forced to face some life changing thoughts or succumb to the darkness of death. Teetering on the brink of giving in, her voice is all he's holding onto. The coma he can't pull himself out of, but her voice is the light in the darkness. He wants the girl who pulled him through when his life was literally in the balance. She's sworn off bikers. Can he pull through? Can she ever see past the lifestyle to the heart of the man behind the cut? Will they find their Forever Ride? 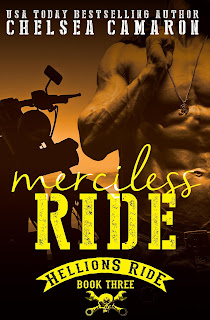 Mercy is no friend of mine. Karma, she has yet to show kindness to me. The hits just keep on coming for Tessie Marie Harlow. She has never had an easy life. Her mom disabled, her dad long gone, and a single mom raising a rambunctious little boy, that’s Tessie’s world. Her childhood aspirations to be a nurse long since disappeared after a college spring fling both blessed and burdened her with a baby boy. Dropping out of school, she returns to her hometown and begins to settle in. Getting the only job she could as a bartender she spends her days caring for her son and nights serving the Hellions Motorcycle Club and their affiliates.  Tired of waiting for Rex to grow up, she’s faced with the bane existence of her life until one night changes everything. In the darkest hour of her merciless ride through life, she’s saved by a quiet, laid back Hellion.Andy ‘Shooter’ Jenkins has always been around. Too wrapped in Rex she has never really noticed him before. He has never been loud or known to have the girls hanging all over him. He is a mystery. A chance encounter brings him to her rescue not once but twice.The Desert Ghosts Motorcycle Club are in town and bring their own brand of chaos right to Tessie’s door. Forced into her day to day life, Shooter is doing everything he can to shelter and protect her as lines are crossed and a war between two clubs begins.Secrets revealed putting two brothers in the Hellions Motorcycle Club at a serious crossroads in their lives.This is not a ride for pleasure. This is not a ride for safety. This is not a ride for love. This is a ride for endurance. Mercy has never once shined her grace down for these two, but in the midst of the danger and lies can they learn to rely on one another and ride it out together? 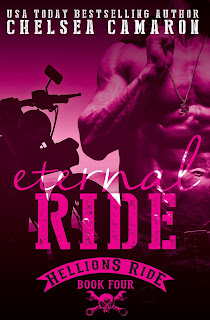 Two people once lost.  Two people once broken. Two people who have endured the pain. One love brought them together.  One love healed their hearts and made them whole again. One love carries them through both the good times and the bad. Shooter and Tessie have faced the shadows and demons that haunt their souls. They have built their life together on a solid foundation of love, friendship, and understanding. The only thing they haven’t done is make it official. Join them as they come together to commit to one another for the eternal ride. 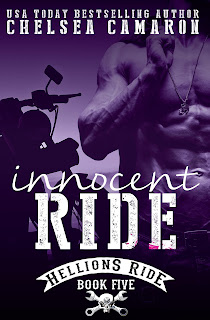 Opposites attract, or so the saying goes. When two people from different worlds come together by a chance meeting twisted with an element of danger, can their attraction remain innocent?She's a corporate accountant. Her life is full of structure, routine, and organization. Settled, comfortable, and content, Caroline Milton, loves knowing what to expect every minute of every day.He's the Catawba Hellions VP and a wild one, refusing to be tamed. His motto, 'hit it, get it, and go; no repeats' where women are concerned, guarantees a new woman in his bed nightly. His life suddenly tilted on its axis, when his wild days come barreling back with a major responsibility. Drexel 'Rex' Crews finds he has a real reason to settle down his wild ways. When a situation quickly spins out of control at work for Caroline, she reaches out to the one place she least expected to find herself dependent upon. The Hellions Motorcycle Club. His cousin's ol' lady, Doll, comes to him with a personal favor, protect her best friend. He can't refuse. Protecting Caroline was supposed to be an innocent task.The attraction from their first meeting is still a fire burning strong inside of them both. Neither can deny the pull. They come from different worlds.Can Rex show Caroline the safety and security of the MC? Can Caroline tame the wild beast inside of Rex? Can their innocent ride become a journey to long lasting love? 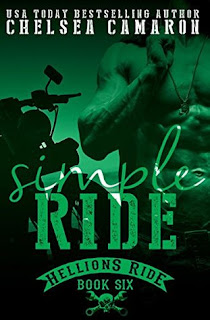 After surviving the heat, the torture, and making it out of the sandbox one mission at a time, I have spent years on the ride, going mile after mile to escape the past. I thought I had left hell behind. Only, it is hard to run from the demons inside you.  It all changed when I found the Hellions brotherhood. My nightmares were chased away with the daylight of my new purpose in the club. I’m a whore, born from trash; that’s what he always told me. Well, sugar, if you can’t beat it back, you might as well stop fighting and make the best of it. The Hellions take care of me as long as I take care of their boys, and the arrangement works… …until he finds me. Nathan “Boomer” Vaughn—Hellions MC’s newest member, former Army Special Forces, and overall badass—is brought to his knees when he finds out the secrets his favorite barfly has been keeping. Purple Pussy Pamela should have brought her problems to the club first, but she didn’t. Now it’s up to Boomer to keep her and her secrets safe. What happens when two people with a simple understanding complicate things? Can they find their way back to the simple ride? 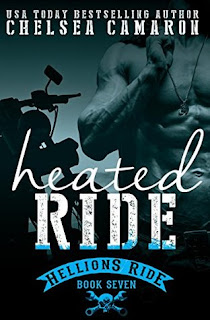 The Hellions motorcycle club is a commitment for life, one Ruben ‘Ruby’ Castillo believes in.  His wife Jenna ‘Vida’ Natera de Castillo has given her life to being his ol’ lady and the mother to their three children. She takes her commitment to her man seriously.  People change, and over time, passion can fizzle. Life for Jenna falls apart the day Ruby no longer says I do.  Keeping the fires burning in a marriage is hard. Will the chaos of the club bring them back together, or is it what pulls them further apart? Will these two find the flame again? Will their love find a new spark on their heated ride through life? Four men, four families, four originals, one club.  Go back to where it all began so long ago for Roundman, Danza, Frisco, and the late Rocky Fowler. A life choice, a road less traveled, all coming together in the name of brotherhood. Some found love, some faced loss, and others learned real loyalty. This is the story before the chaos. This is how the originals ride.  *This is a full length novel. Each book in the Hellions Ride series can be read as a stand-alone story with NO cliffhanger endings. Contains adult language, situations, and violence not recommended for readers under the age of 18. This is not an exact depiction of life in a motorcycle club but rather a work of fiction meant to entertain. 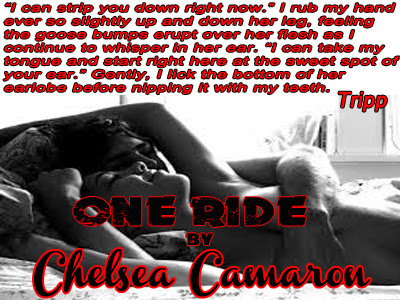 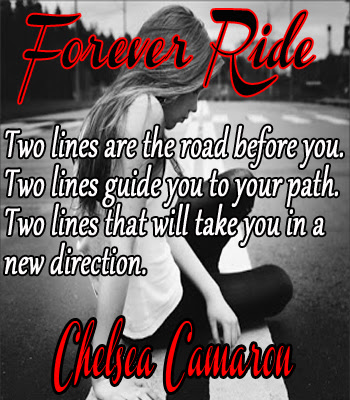 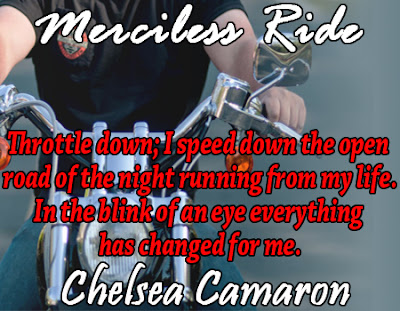 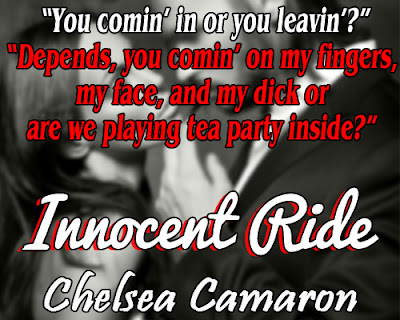 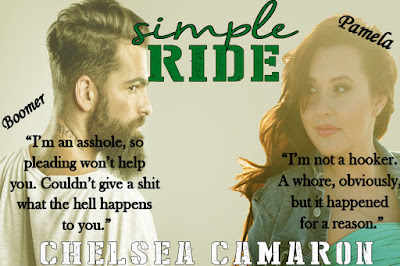 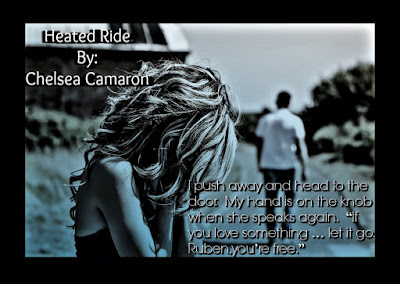 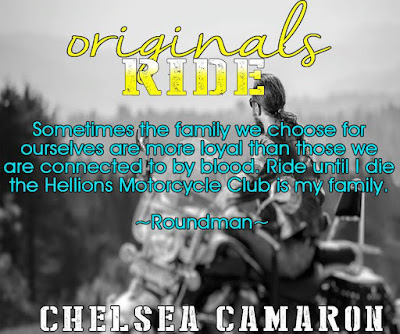