Shadows: The Time To Hunt And Play Is Over. 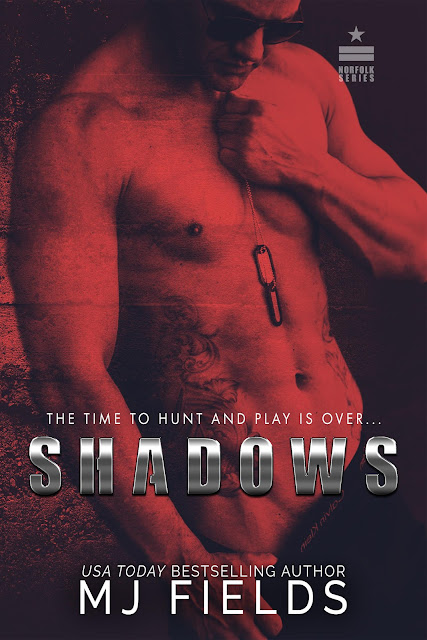 Blurb
(Shadows is a military romance, and can be read as a standalone.)

All my life when I have been told I couldn’t do something; I have fought to prove them wrong.
When I have been told I have to comply, mold, kneel to authority, it has been a struggle.
Men like me don’t kneel to anyone, it is not in us to submit and if we give off the false pretense that we are, you can bet your ass it’s for our betterment or something bigger than us as an individual.
Sweet, sexy, Mary Ward, my Little Lamb, has been deemed off limits to me.
For months, I have caged my desire and fought back the need to capture my prey. I have watched her fight her own desire, mask her confusion, and listen to the words she says yet doesn’t mean trying to keep me away.
I have studied her. I know who she is and what she is running from.
I know what makes her the way she is, and I will show her how to leave behind the false protection of the flock she surrounds herself with and surrender to the wolf waiting patiently in the Shadows.
The time to hunt, and play is over.
I will dominate her and break her down. I will to slaughter the lamb and she will never submit to anyone, but me. 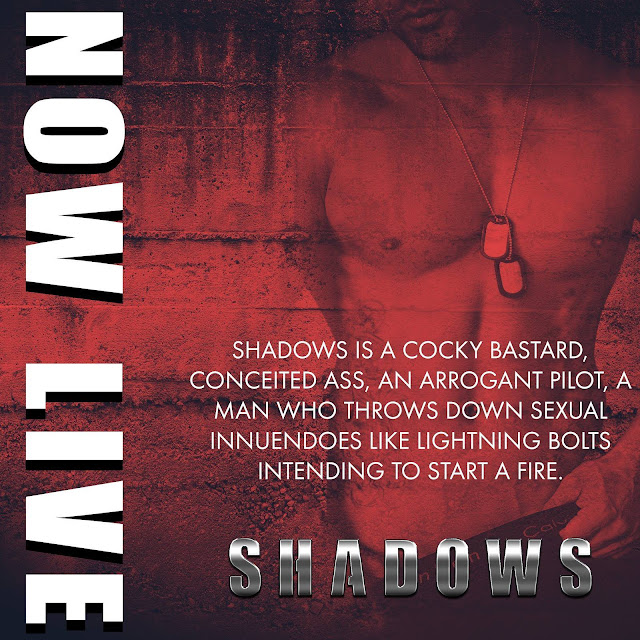 Excerpt
(Too Hot for TV)

He reaches over with the bullet in his hand and places it between my legs, not yet touching my most intimate parts.
“Tell me,” he demands as he reaches between his legs and grips his cock. He strokes himself up then down, up then down.
“I hate this. I hate stroking myself when I lie in bed at night, imagining you lying next to me, unable to take any more of my cock. I imagine your pussy bruised,” he groans out, continuing his slow, harsh strokes up and down. “I tried so fucking hard not to fuck you for months now. I’ve fucked other women while thinking about how tight your pussy would feel wrapped around my cock as I slaughtered you. I thought of you, Mary. Now tell me when you used this.” He stops and turns it on, holding it against my inner thigh.
I gasp, and his strokes become faster.
The look in his eyes tells me he won’t accept anything except the honest answer. My denials thus far have been lies, ones he has seen through.
I nod.
The vibrating bullet moves up as he pushes his hand up my leg. He pulls my knee toward him, spreading me as he moves it slowly up until it lands exactly where it affects me the most.
My back arches, and I bite my lower lip, stifling a cry. Then I try to close my legs, not knowing if I am trying to stop him or capture his hand.
“That’s it, Little Lamb. Show me how you want it,” he instructs, his nostrils flaring as he strokes himself faster and faster. My hips buck, and he hisses, “Fuck, yes. Get it, girl.”
“You,” I begin, trying to form a sentence while on the verge of an orgasm. “You …”
I stop trying when he applies more pressure, and I can’t stand to hold back any longer.
I cry out my release, digging my feet into the mattress and pushing up, trying to escape, but he won’t let me. He holds me in place and applies even more pressure, but this time, he moves it all around my clit, and I can’t get away. I don’t want to get away.
“Fuck yes, Little Lamb. Fuck. Yes.” He watches me with hunger and awe.
I close my eyes and arch into his touch when the next wave of pleasure rocks my body with a force that nearly batters me.
“Oh, yes, yes, yes,” I cry. Each yes is a higher pitch until my body literally shakes.
Needing an anchor, needing to know that what I am feeling is real and not just in my head, I seek the truth in his eyes. Only then do I realize he is no longer stroking himself. 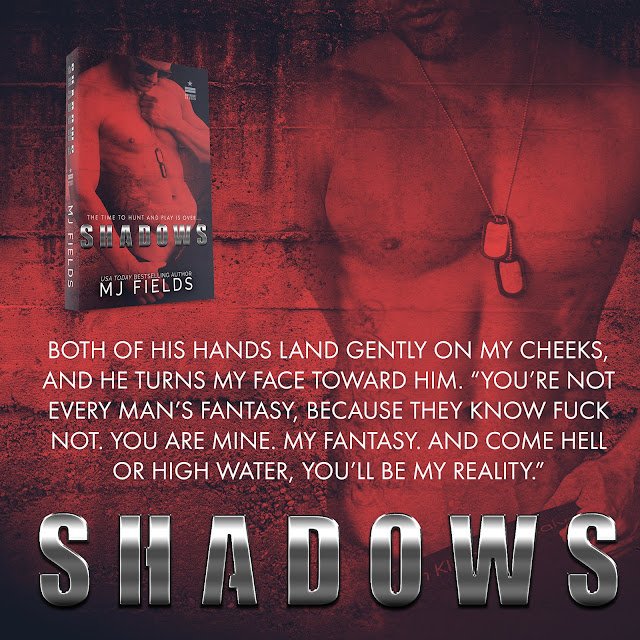 Haven’t read this series yet?
Now is your chance, Irons  is NOW AVAILABLE and on sale for 99 cents.
(All books in the Norfolk Series are standalone sexy Navy aviators) 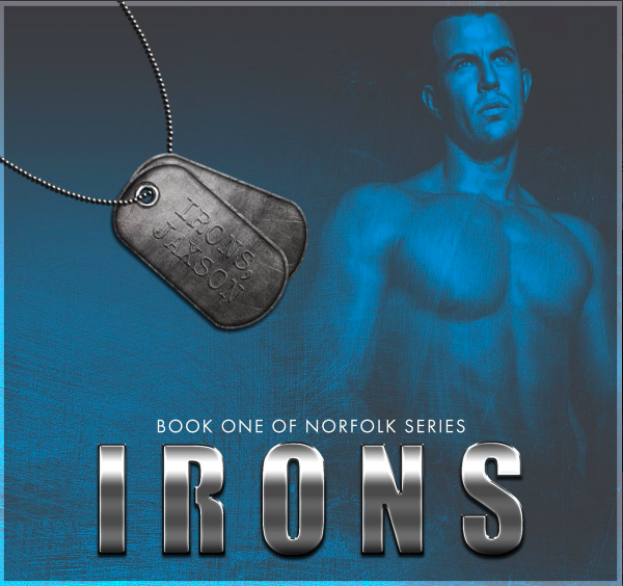 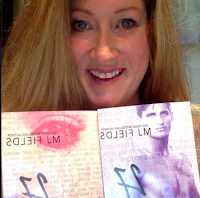 USA Today bestselling author MJ Fields love of writing was in full swing by age eight.
Together with her cousins, she wrote a newsletter and sold it for ten cents to family members.
She self-published her first contemporary, new adult romance in January 2013. Today she has completed seven self-published series, The Love series, The Wrapped series, The Burning Souls series, The Men of Steel series, Ties of Steel series, The Rockers of Steel series and The Norfolk series.
MJ is a hybrid author and publishes an Indie book almost every month, and is signed with a traditional publisher, Loveswept, Penguin Random House, for her co- written series The Caldwell Brothers. Hendrix, Morrison, and Jagger. All three books in the series are published. The Caldwell brothers don’t grow into alphas, when their mother passes away they become her legacy, her good in the world of bad.
MJ was a former small business owner, who closed shop so she could write full time. She lives in central New York, surrounded by family and friends. Her house is full of pets, friends, and noise ninety percent of the time, and she would have it no other way.
Where’s MJ?
Website | Facebook | Twitter | Instagram | Tumblr | Pinterest | Goodreads
Sign up for her monthly newsletter with giveaways:
http://bit.ly/mjupdates