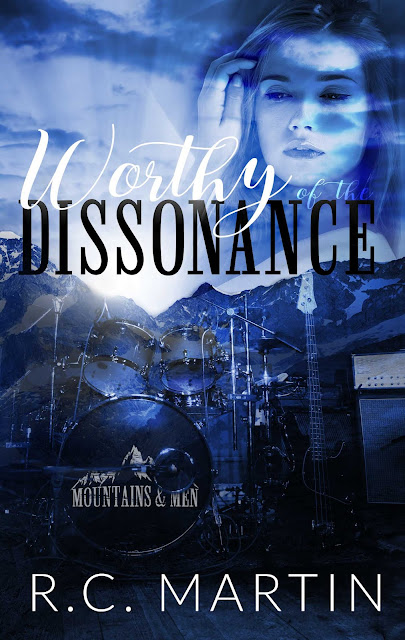 He is loyal.
He is steadfast.
He is the home she never knew.
She is broken.
She is afraid.
She is worthy of his fight.
Millicent Valentine is a woman in love—and it scares the shit out of her. Pushing away the keeper of her heart felt like her only option, but it doesn’t take her long to realize she was wrong. She may be frightened to admit it, but to deny how much she needs him is a lie unworthy of the effort.
Sage McCoy is a man on the brink of success—but living the dream isn’t enough anymore. So long as the woman he loves isn’t by his side, he knows he’ll never have it all. He won’t give up on her, but his resilience has only just begun to be tested.
Regret. Forgiveness. Loss. Love. The discordant sounds of reality write their song—but through the dissonance, their love plays on.
[Worthy of the Dissonance is NOT a standalone novel. It is to be read only AFTER you've read Encore Worthy and Worthy of the Harmony! Intended for audiences 18+ years of age due to explicit language and sexual content.]

Sage
“Play that one more time?” I ask Maddox. He nods before playing a lick on his brother’s acoustic guitar.
“Wait, do that again,” insists JJ. He turns to his iPad, plucking out his own string of notes on the piano app he’s got pulled up.
“What if you ended that on a minor chord?” I ask once they’ve completed the phrase.
“Like this?” asks JJ before he plays, the last note clashing against the rest just the way I imagined.
“Yeah. Yeah—exactly like that.”
“That’s sick,” pipes in Knox. “Do it again.”
Derrick taps out the beat with his sticks before he begins to drum against his thighs. While Mad Lips strums out the guitar part, JJ fills in the gap with the keys. Once they’ve reached the end of the phrase, they start it up again without pause. I jump in, singing the words I scribbled down just this morning. Alex comes up and stands behind me as we play through the phrase again, humming out a harmony to my melody. JJ smiles over at her as she tries to figure it out. When she’s found the notes that fit, she reads the words and sings with me on our final time through.
None of us realize that we’ve come to a stop, all of us lost in the composition of our newest song. It isn’t until there’s a knock at the door that we’re pulled from our concentration. Stefany invites herself inside and grins at us when she’s sees what we’re up to.
“Can I hear it?” she asks, bouncing on her toes.
A smirk plays at my lips at the excitement in her eyes. Stefany really is the shit—a tiny little thing with an edge that doesn’t go unnoticed. She’s all about the music, full of drive and determination, and just as anxious to see us succeed as we are. Over the last few weeks, she’s really proven that she’s in this with us and we made the right choice when we signed on the dotted line with her.
She runs her fingers through her shoulder-length, wavy, blonde hair, tossing it to the side before folding her arms across her chest, as if she’s arming herself for what she insists she’s about to hear. I would tell her no, that we aren’t finished yet, but I can’t deny that what we’ve got so far is sounding really good.
I look at Derrick and find him already staring me down, waiting for my signal. I offer him a nod and he clicks out the beat before Maddox and JJ start playing. When it’s my cue, I sing the words without hesitation.
“Goodbye was never meant to feel like this
The dissonance so loud/ The distance too far
Goodbye was never meant to feel like this
Moving in the dark/ Hiding in the light
Would rather you just hold on
Would rather you just give in
Would rather, baby, anything but This.”
When we’re finished, Stefany studies me for a moment, her eyes telling me something she doesn’t give voice to before she nods and says, “I like that. Sounds great. Can’t wait to hear it when it’s finished.”
“We’ll bust it out,” JJ replies with a shrug. “We’ve got some chill time, yeah?”
“From now until tomorrow night. Welcome to Sacramento, boys and girl! You’re stuck on the bus until we get to L.A., but we’ll get you beds for a couple nights when we move on. We’ll do a grocery run tomorrow and restock the fridge, and there’s a laundry mat not too far from here if you’re interested. And something tells me, after three weeks, you should be really interested.”
Maddox pulls at his t-shirt, bringing it up to his nose before he inhales loudly. He then shrugs and mutters, “Eh. I’m good.”
“Boys are gross,” Alex tells Stefany.
“That’s the God’s honest truth,” she replies with a laugh.
“My girl’s meeting up with us in L.A. If I don’t do laundry, she’ll be all over my ass when she gets here. I’m in.”
“Vi’s coming?” I mutter, pleasantly surprised by the news.
“Hell, yeah—M&Ms original roadie!” cries Maddox.
“You know that means we all have to do laundry, right?” Knox asks with a laugh.
“I knew I liked that girl,” says Stefany with a grin. “Anyway, I know you’ve been cooped up for a bit, but I’ve got an offer you don’t want to refuse.”
“Lay it on us.”
“There’s this seedy little bar close by. I can’t explain why, but it’s a must whenever I’m in town. We’re all heading over now to shoot the shit before we hit the sack.”
“I’m game,” says Derrick as he stands, tossing his sticks into his vacated chair.
Just then, the door opens and Gabe pops his head in. “Come on, fuckers, what’s the hold up?”
“We’re coming. Shit,” Knox mutters as he grabs his jacket and makes his exit.
I watch as everyone files out of the bus, not at all interested in joining them. I grab JJ’s tablet, intent on working on the hook of the song they’ve all abandoned for the night.
“Sage? Aren’t you coming?” asks Alex.
“Nah,” I reply, offering her a half smile. “Don’t feel like drinking right now. Besides, I’d probably just get pissed and try throwing a swing or two at Clay. Asshole.”
She forces a smile, takes a reluctant step to the door, and then turns back. “I know you’re sad—but you’re missing half the fun, Sage.”
I stare at her, knowing that she’s right—too numb to give a shit.
“Lex, babe, you comin’?” asks Adrian, climbing through the door.
I look between the two of them before my gaze settles on Lex. “Better go.”
She nods as she turns to leave, pausing once more on the last step leading out. “Call if you need anything, okay?”
I offer her no more than a chin lift, certain that I won’t call, and then they’re gone. 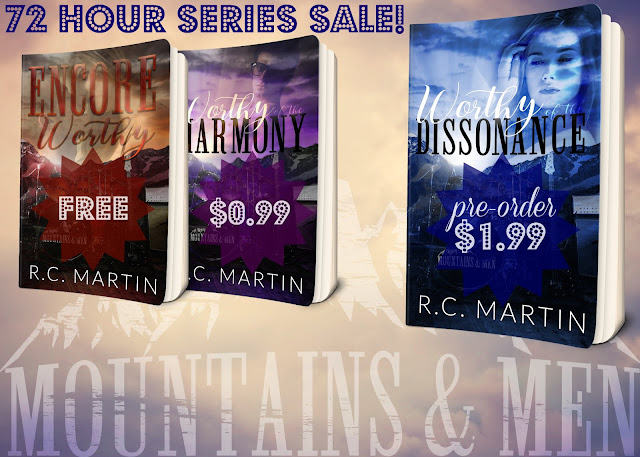 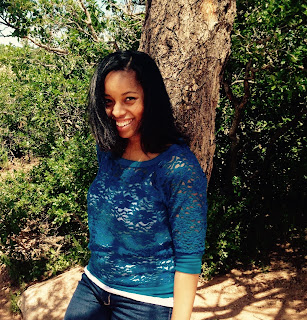 I'm a born and bred Coloradan. While I now reside in Virginia, the land of the Rocky Mountains is where I've left a piece of my heart and where my characters come to life. When I'm not writing I'm reading; when I'm not reading I'm writing...you know how it goes! I also enjoy cooking, baking, crocheting, and jigsaw puzzles. Basically, I'm an old soul with a young heart, nonchalantly waiting for my prince to come. 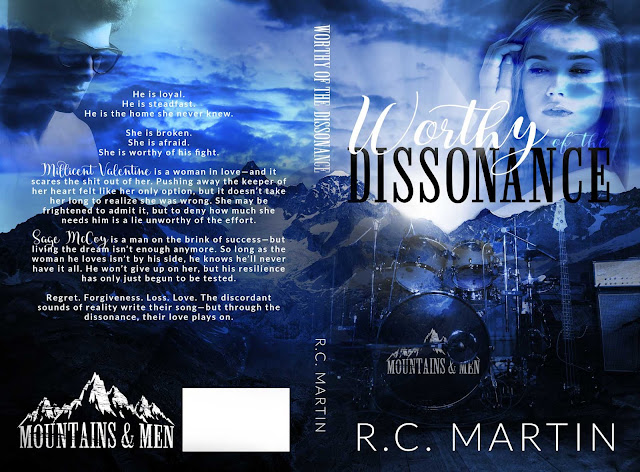