***RELEASE BLITZ & EXCERPT*** The Prince and The Player by Tia Louise

★ ADD it on Goodreads: http://smarturl.it/PPGr
★ LISTEN to the playlist on Spotify: http://spoti.fi/1QTH1oa
★ SEE the inspiration board on Pinterest:  https://www.pinterest.com/AuthorTiaLouise/the-prince-the-player/
Blurb
Cinderella meets Dirty Rotten Scoundrels in this tale of power, lust, and royal deception…

One crown prince; one “playboy prince”…
One con artist; one petty thief…
One twisted plot for revenge.

When Grand Duke Reginald Winchester is exiled in disgrace, he vows he won’t go down without a fight. Crossing paths with Zee Wilder and her younger sister Ava at a gambling resort in Miami is the stroke of luck he needs.

Zee is the counterfeit courtier in Reggie’s plan to humiliate Rowan, the controlled heir who kicked him out of the kingdom. In return, the sisters get a permanent spot on Easy Street.

If only Zee didn’t keep finding herself in a clutch with Cal, Rowan’s playboy younger brother. Ava’s no help, as she finds quiet walks in the moonlight discussing poetry and leadership with the brooding, future king irresistible. Even more irresistible is kissing his luscious lips.

The whole plan is falling apart, and neither sister is sure she wants to stop it. 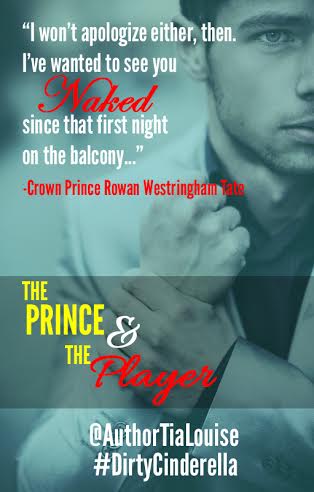 I’m clenching and gasping as he moves in a rhythm faster, provoking the orgasm spiking my veins. He’s never been like this. The Playboy Prince is gone, and instead this conqueror has me, taking what he wants.

He kisses my back, and the scruff of his beard clenches my insides, causing him to groan. “I want you to know I’ve been here. I want you to feel me wherever you go.”

“Oh, god… Yes!” I fumble my hand to cover his moving swiftly between my legs as my vision darkens, my brain scrambles.

I brace against the wall of the Jacuzzi as he blows my mind. Then all at once, he starts to jerk, groaning and pulsing. My insides break, and I come with a ragged cry. He continues rocking us as the sensations flutter and ripple through my legs, through the arches of my feet.

We’re move together slower. I’m trembling, and he’s pulsing above me, at my back, sliding his warm hands down the length of my back. I want to curl into his arms. I want him to hold me as I hold him. I want to wrap my arms around his neck and never leave. I want to bask in this afterglow, forgetting everything and pretending I can keep this beautiful man, this beautiful dream.

My knees are bent, and my cheek is against his skin. We’re breathing hard, still coming down, and he slides his hand gently down my hair. Turning my face, I kiss his neck. My heart feels shattered yet whole. He stormed in and took it, and I don’t know if I’ll ever get it back. He’s right. No matter where I go, I’ll remember this night. I’ll remember how I gave him everything.

The hand that was stroking my hair moves around to my chin, and he lifts my face. Without a word, he kisses me so deeply. My mouth opens readily, and our tongues slide together. It’s warm, tasting, bonding and urgent. Tears heat my closed eyes, and I reach up to hold him, to wrap my arms around his neck, as we communicate in a way words can’t capture.

His lips chase mine, kissing me over and over, nipping my top lip and moving higher to my closed eyes. I’m sure he can taste the salty tears there, hiding behind my lids. He kisses my forehead and then holds me in a long embrace. 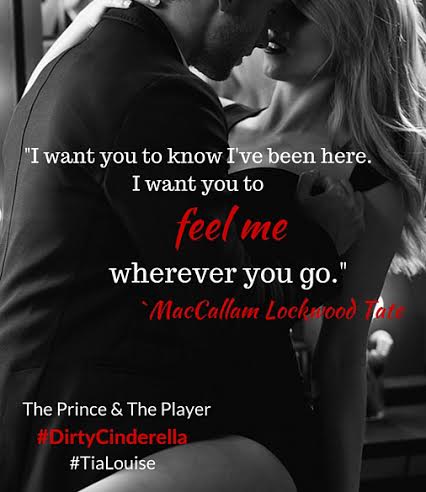 "Dirty Players" is a specially packaged SHORT introduction to THE PRINCE & THE PLAYER. 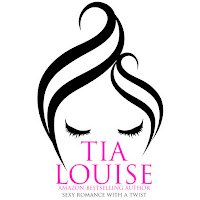 Tia Louise is the Award-Winning, International Bestselling author of the One to Hold series.

From “Readers’ Choice” nominations, to USA Today “Happily Ever After” nods, to winning the 2015 “Favorite Erotica Author” and the 2014 “Lady Boner Award” (LOL!), nothing makes her happier than communicating with fans and weaving new tales into the Alexander-Knight world of stories.