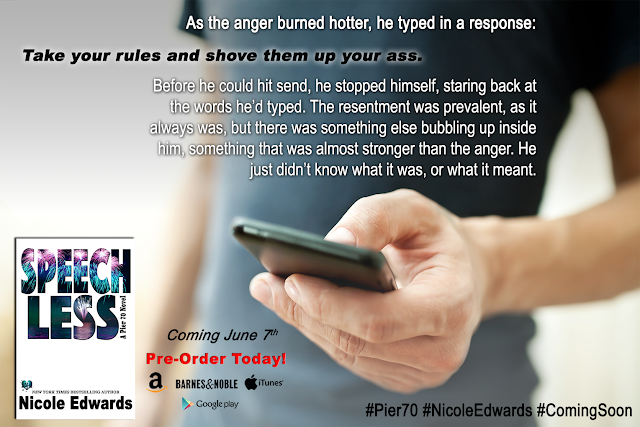 We invite you join the Nicole & Colt Edwards Group on Facebook. Don't miss out on the fun and prizes at the Speechless Release Party happening Monday, June 7th starting at 8 AM CST till Tuesday, June 8th at 10 PM CST.
Hosted By: