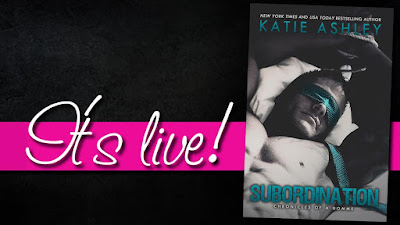 Are you ready to submit in Subordination by Katie Ashley! 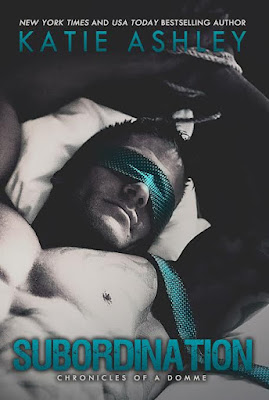 When Sophie Jameson first became a domme at Club 1740, it was more out of financial necessity than it was for personal pleasure and sexual exploration. But over the years as she rocked her leather corsets and boots while wielding every crop and flogger imaginable, she grew to love the thrill and adulation that her clients brought her. But all along, her path in life and her heart was with a different profession—one she was planning to embark on at the summer’s end.


And then he changed everything. Tall, dark, impossibly built—William was the complete opposite of whatever image a male sub conjured up. After all the subs, Sophie finally felt true lust and desire. Although he was the proud stallion who needed breaking, he became the one to make her break all her rules and let down all her walls.


But it was just supposed to be for that one night, but an accidental encounter days later outside Club 1740’s protected walls had the two seeing each other in a different light—as simply Sophie and William, not Domme and sub. While they should have parted ways, they couldn’t. While they should never have gone back to her place, they did.


And that simple mistake has a serious price for both of them. 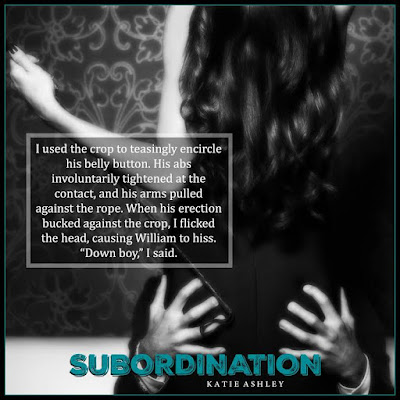 
My steps faltered as I did a double take at the sight of what appeared to be a shirtless and shoeless Henry Cavill standing before me. The idea wasn’t entirely far-fetched since we’d had a few celebrities in the club. But as one of the strobe lights flickered to illuminate more of his face, I realized he was just a look-alike. His hair was lighter while his eyes were dark brown, rather than blue.
He was impossibly tall, and I couldn’t help staring at his muscular chest with its dusting of dark hair that led to an oh-so-happy trail that ended at the low hanging waistband of his jeans. He had an aura of importance about him, and I couldn’t help wondering who he was in real life.
He held my gaze for a moment before averting his eyes to the ground. “Good evening, Mistress.”
A submissive? I would have never imagined it in a million years. Even though I knew from my own clients that submissive men weren’t simpering pussies, there was something about this man that screamed dominant. Of course, the fact he was shoeless should have given his sub status away, but he wasn’t wearing a collar. A prime piece of submissive man like this usually belonged to someone. And if he didn’t, he would normally be snatched up by a domme practically before he got through the door, least of all across the dance floor. I couldn’t help wondering what his story was. More than anything, I wondered what it might be like to have a session with him. I so rarely took anyone on outside my usual clients. But it might be something fun for my last night in the club.
To test his true submissiveness, I commanded, “Look at me.”

He jerked his gaze from my boots to meet mine. “Are you looking to play tonight?”

“Yes, I am. And if it pleases you, mistress, I would be honored if you chose me.”

His voice. Sweet Jesus, was it was panty-melting. It totally went with his body—strong, firm, and deep. Although he had answered my question well, I still had my doubts. With all the strength I had, I reached out to firmly slap his cheek. The resounding smack echoed around us. A man playing at being a sub would have a distinct reaction. His eyes would darken with the rage seething within him at being treated so disrespectfully.

Oh, but not him. His face remained impassive. Yet at the same time, he shuddered, and his dark eyes flashed with a combustive mix of lust and desire. His reaction caused moisture to pool between my thighs. He reminded me of our horses back on the farm. He was a spirited stallion who needed a firm hand to break him, and damn me to hell if I didn’t want to be the one to do it.

Wanting to build the anticipation, I patted his cheek where I had previously slapped him. “I’ll think about it.”
“Yes, Mistress.” He bowed his head before backing up.
Damn, someone had truly trained him well. I stepped past him to head to the bar. My mouth had run dry, and I desperately needed a drink. 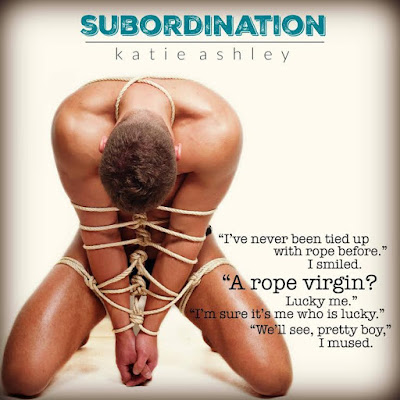 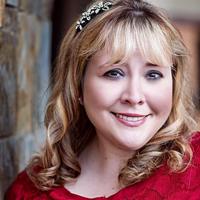 Katie Ashley is a New York Times, USA Today, and Amazon Best-Selling author. She lives outside of Atlanta, Georgia with her daughter, Olivia, and her two very spoiled dogs. She has a slight obsession with Pinterest, The Golden Girls, Harry Potter, Shakespeare, Supernatural, Designing Women, and Scooby-Doo.

With a BA in English, a BS in Secondary English Education, and a Masters in Adolescent English Education, she spent 11 1/2 years educating the Youth of America aka teaching MS and HS English until she left to write full time in December 2012.