**BLOG TOUR** The Rooster Club, The Best Cocks In Town by N.M. Catalano 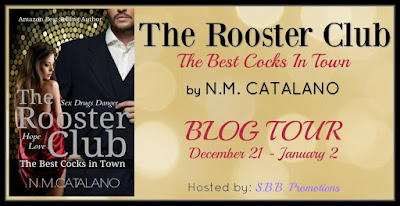 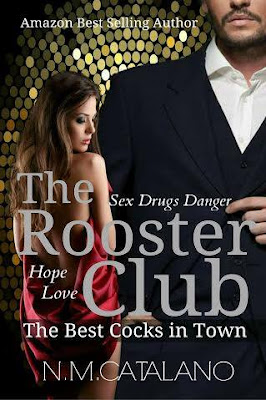 Get ready, it's going to be one hell of a ride

They were the new ‘It’ guys. Sought after and wanted. But it was him, he was their king, a dark angel, mysterious and oh, so deliciously bad.

He grew up on the streets of Brooklyn in a time of extravagance and possibilities, a little rough around the edges with a hint of arrogance and seduction. A promise to a friend leads them down a rollercoaster ride filled with danger and suspense, from the discos, to the streets of Harlem and drug lords in Mexico. Until it all collapses. Just when he’d found the one woman who could save him from himself, and the beast inside him.

We all have that first true love, the one we never forget, the one that makes our heart hurt, even today.
This is their story. It spans decades.
This is his story….
All wrapped up in the decadence of the ‘80’s:
Sex (lots of it).
Drugs (almost as much).
Discos (where it all happened).
How it all crashed in the 90’s.
And today, how it found her once again… 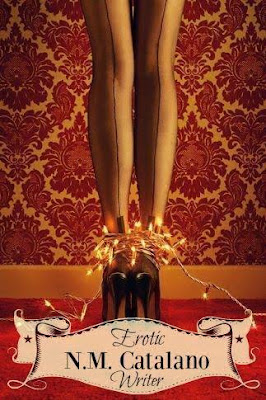 N.M. Catalano is an Amazon best selling multi-published author. She was born in the Bronx, grew up in the foothills of the Catskill mountains and moved to Manhattan as soon as she could after high school. After spending several years there working for a fashion designer she was forced to move to the coast down south, yes, that's right, and wouldn't change a thing. She started writing ten years ago and hasn't stopped as the stories insist on being told. She has two beautiful daughters who are extremely artistic, write beautifully and are musically inclined, thank God, because they keep her up to date on the latest songs.