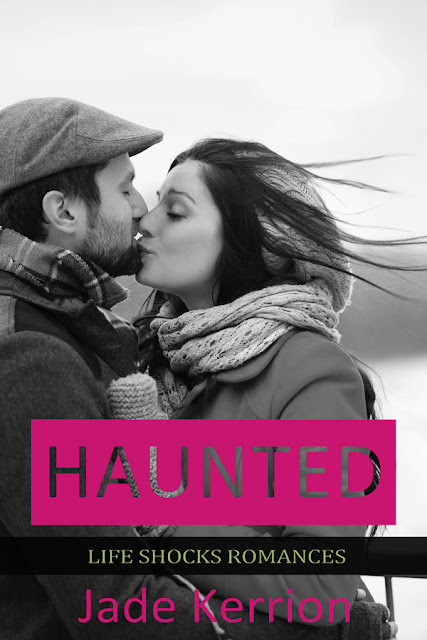 Holly Langford has given up on love, but the Christmas season unexpectedly ignites her bleak and solitary life with three men who represent her past, her present, and her future. Peter Warren, her high school and college sweetheart, who shattered her heart but rules her dreams… James Kerrigan, the principal of Havre de Grace Elementary School and her boss… Brandon Smith, the dashing New York City lawyer, who promises an escape from the confines of her small town life… Which man offers the gift of true love and happily ever after? 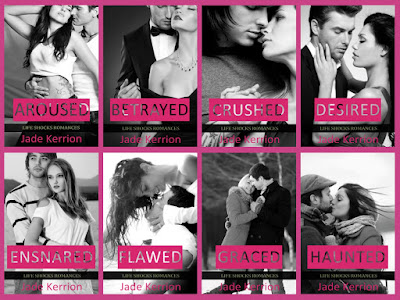 All books from the series can be found here

Later that afternoon, after classes were over, Holly hurried along the school corridor.

“James is looking for you,” a fellow teacher said as she passed. “And she’s in his office.”

Holly grimaced. The last thing she wanted was to see her again, but there was no avoiding it, not when the other parents in the class had followed through on their threat to file an official complaint against Aidan. What did they expect James to do? Suspend Aidan? The boy was only in the first grade, and besides, no one could stay home with him. Debra, his mother, was always working, which, Holly supposed, was part of the problem, and Peter, his father—well, Peter had never been around, which was most of the problem.

Holly paused outside of James’s office and brushed her hair back from her face. Some childish part of her wished she had stopped long enough to touch up her makeup. The more rational part of her reminded her that the war between her and Debra had been won eight years earlier—by Debra.

Aidan was living proof of it.

She knocked on the door.

“Come in,” James called out.

She straightened her back, raised her chin, and pushed the door open.

Her gaze flashed past James and Debra to fix on the other man in the room. Shock stole her breath. When had he come back to town?

“Holly.” Peter Warren pushed to his feet and extended his hand to her in greeting.

How could eight years have passed when the memories and the pain were still fresh? Peter had stood in front of Holly, his handsome face a mask of regret. Debra stood behind him, her hand placed protectively on a stomach that had yet to swell with her unborn child. “Holly,” Peter pleaded quietly. “You know what you mean to me.” He reached out to her with both hands and took a step forward.

“No, I don’t.” Her heart breaking, Holly stepped back. She tugged the engagement ring off her finger and dropped it. The tinkle of the ring hitting the tiled floor in Debra’s kitchen was inaudible over the roaring in her mind.

The heartache rose to swamp her, drowning her.

Jade Kerrion writes her award-winning science fiction, fantasy, and contemporary novels at 3:00 a.m. when her husband and three sons are asleep. She aspires to make her readers as sleep-deprived as she is. Her alphabetical Life Shocks Romances series anchors around unlikely romances you will root for and happy endings you can believe in. Her favorite romance is the Double Helix love triangle between Galahad—the lab-created perfect human being; Danyael—an alpha empath and Galahad’s physical template; and Zara—the woman who can wreak more havoc with love than most people can with hate. Join Jade Kerrion's Romance Readers mailing list for a FREE copy of Aroused: http://bit.ly/GetAroused 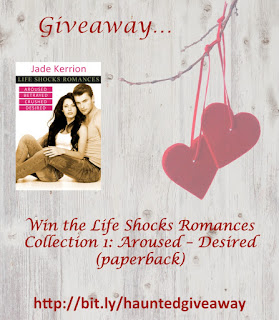