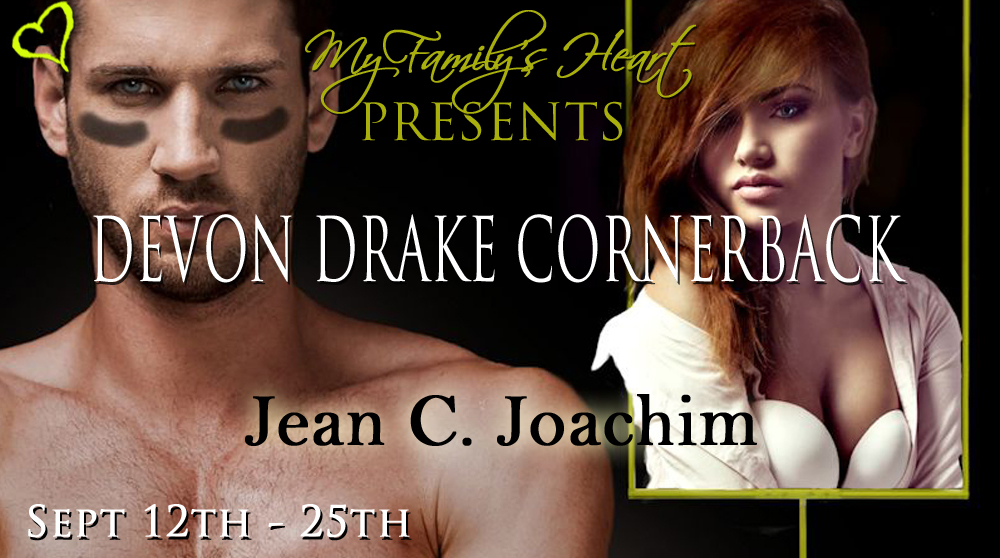 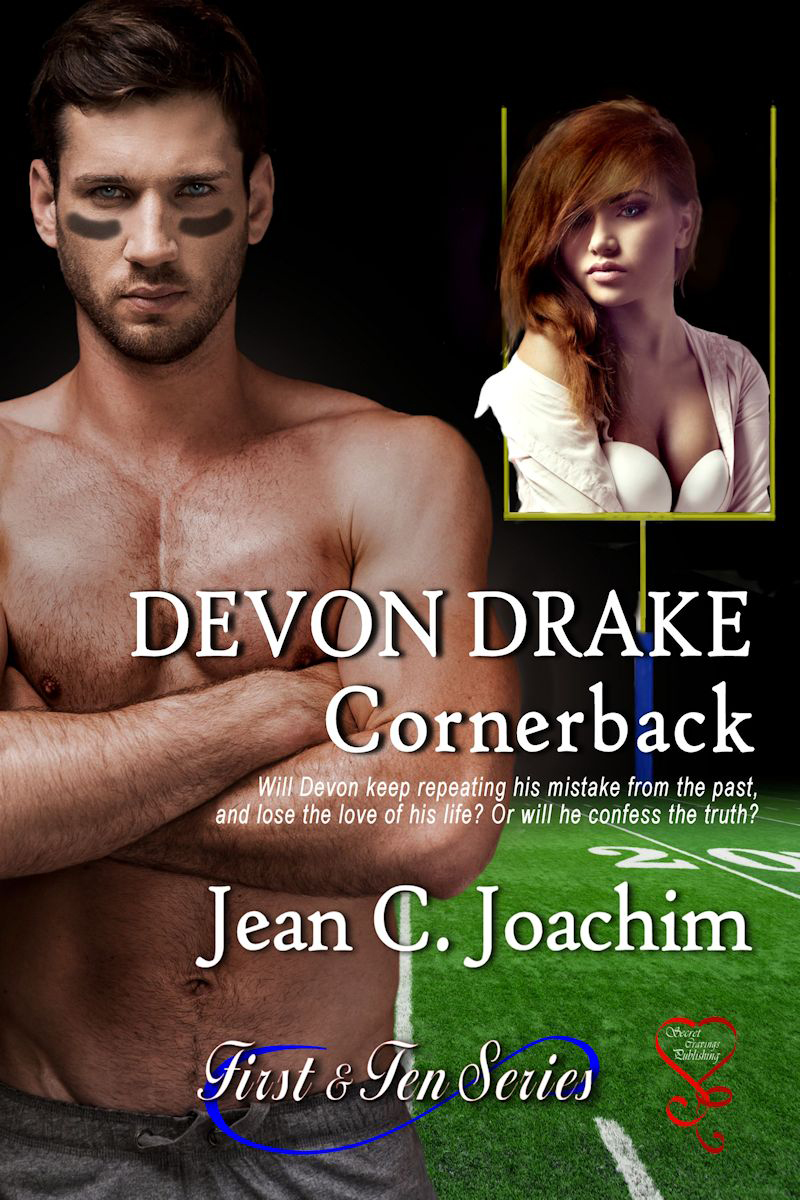 Devon Drake, star cornerback, has it all: hot super model girlfriend and pro football career, or does he? A childhood friend wanders back into his life, upsetting his ideal existence. Is it finally time to tell her the truth about what happened fifteen years ago?
Stormy Gregory is on the run from an abusive man. Her best friend offers her a safe place at the shelter for abused women and children. Grateful to be out of harm’s way, Stormy helps with a charitable event, not expecting to run into Devon Drake, her friend’s brother. Will she run again rather than face rejection?
Cracks in his perfect world threaten the cornerback’s starting lineup status. An unwelcome surprise short-circuits Stormy’s attempt to build a new life. Can they pull together or will the secret that separates the former friends keep them on a downward spiral?

Devon plopped down on the couch and rubbed his neck, attempting to ease the tension in the muscles. The Kings had fought like wild men to reach this point in their quest to capture the Super Bowl for the second year in a row. Coach Bass, usually relaxed around the team, had been increasingly moody and tense as the day of the big game drew near. The footballer chuckled to himself. Coach was getting married after the season ended. Maybe that’s making him nervous. Jo Parker, Coach Bass’s fiancée, was one beautiful woman. He got goofy around her sometimes, making the team snicker and tease. The cornerback’s thoughts turned to his girlfriend. Why don’t I behave like that around Jackie? 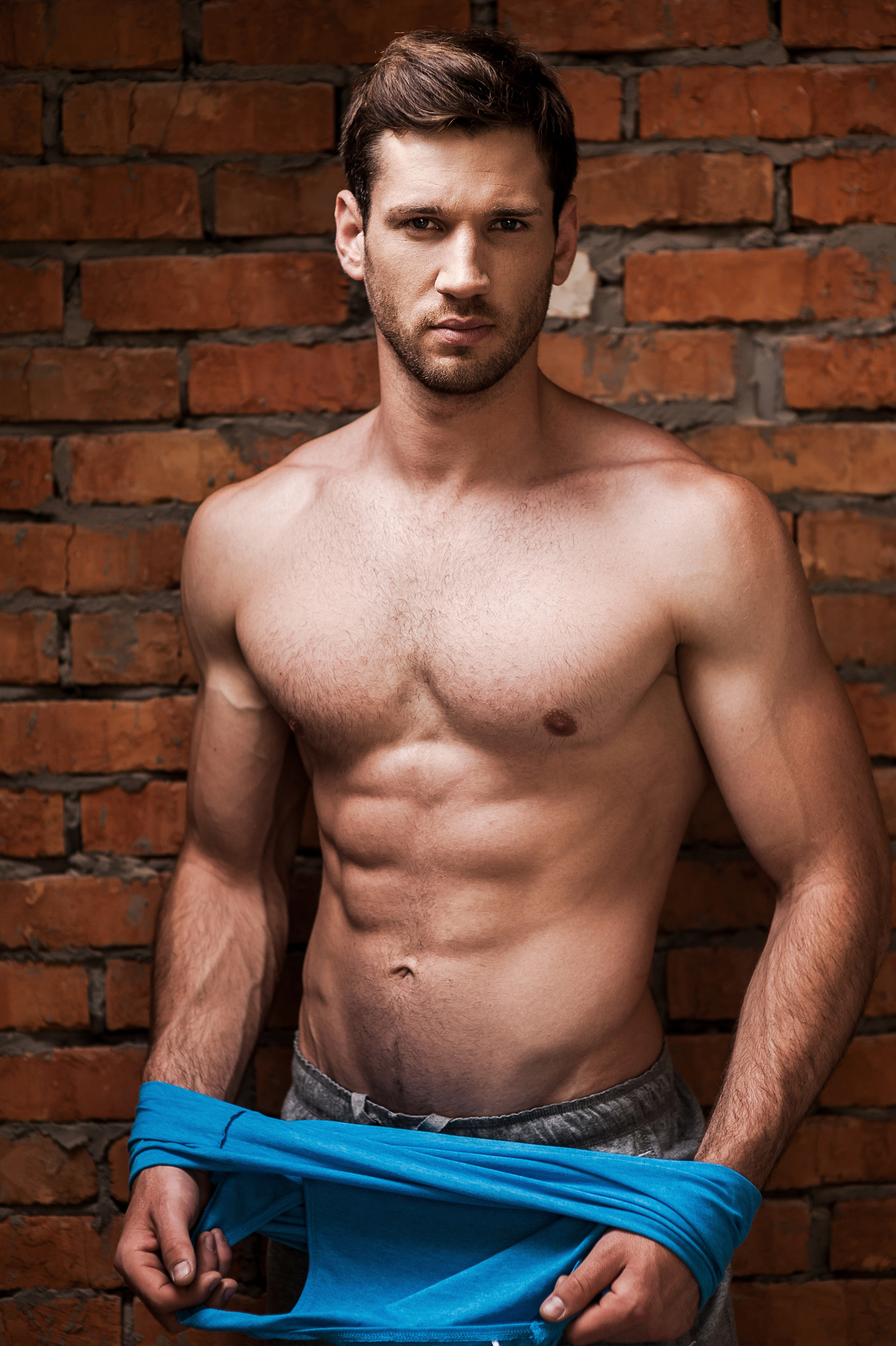 Devon Drake - Devon Drake spent his childhood running, playing and hanging with his little sister, Samantha, and her friend, Stormy. When he hit junior high, football became his passion and he moved on from his young, adoring female friends.
With hard work and determination, Devon became a star. Always the fastest runner on any team, he chose to become a cornerback. His huge high school success led to an offer, after college, from the pro team, the St. Louis Sidewinders.
In St. Louis, he earned the reputation as a “shut down cornerback” – the guy who could out run, out-perform any wide receiver.
He opted to join The Connecticut Kings. At a charity event, he met Jackie Lawrence, a super model. They dated, much to Devon’s surprise. A humble young man, he never quite saw what she saw in him. But super models don’t achieve success hanging on the arm of attractive football players. So Devon had to content himself with a long distance relationship
Fifteen years after his last encounter with Stormy Gregory, they meet again. Devon knows his behavior to her at their last meeting had been atrocious. Maybe now he could make amends.
His former childhood friend had turned into a beautiful young woman who was fleeing an abusive man. Devon’s heart was touched. Could he make it up to her for the bad way he had behaved? Devon Drake discovers that old feelings don’t die. Can he convince Stormy he’s sincere? And what about Jackie? Read Devon Drake, Cornerback, book 4 in the First & Ten series and find out.

Jean Joachim is a best-selling romance fiction author, with books hitting the Amazon Top 100 list since 2012. The Renovated Heart won Best Novel of the Year from Love Romances Café. Lovers & Liars was a RomCon finalist in 2013. And The Marriage List tied for third place as Best Contemporary Romance from the Gulf Coast RWA. She was chosen Author of the Year in 2012 by the New York City chapter of Romance Writers of America.
Married and the mother of two sons, Jean lives in New York City. Early in the morning, you’ll find her at her computer, writing, with a cup of tea, her rescued put, Homer, by her side and a secret stash of black licorice.

This Cover Reveal Was Organized & Hosted By: