**COVER REVEAL + GIVEAWAY** On the Run by Jade C. Jamison 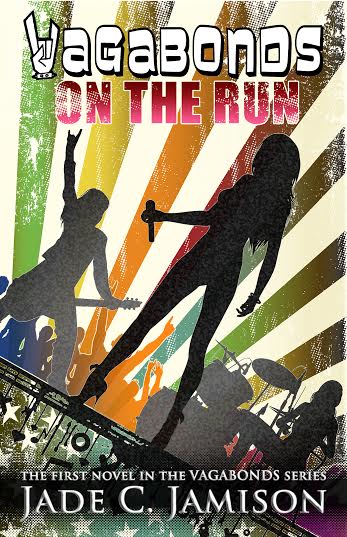 What if your dream became a nightmare?

Kyle Summers enjoys a carefree childhood traveling the countryside with her parents…until she discovers the electric guitar. When she first wraps her hand around its neck, she knows she was born to play it.

When she discovers boys, she realizes she has a second passion.

But music always comes first, and when Kyle is recruited to be part of a young all-girl band, she jumps at her chance for fame and fortune. It isn’t long before Kyle discovers that all that glitters isn’t gold. Will she survive when she discovers the dark and seedy side of the music industry—or will it ruin her for good?
~ ~ ~

Vagabonds follows one young woman’s rise to fame past the pitfalls of sex, drugs, and easy money, through fortune and success to heartbreak and betrayal. Five girls build their band The Vagabonds from nothing but a hunger to create and quickly find that they are nothing but pawns in a larger game played by managers, agents, the press, the music industry, and all manner of unscrupulous, greedy people who want to feed on their triumphs. Friendships and lives hang in the balance. Who will survive? 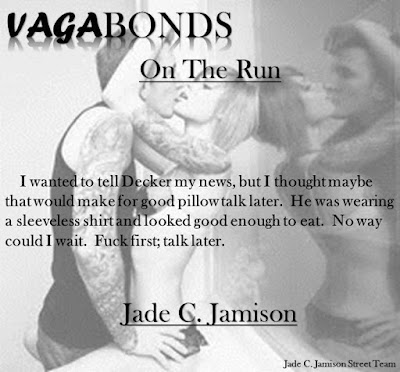 It was dark and quiet and I realized I had this man alone…all by himself and just for me.  “Peter said something about trying to have our two bands do a show or two together near the end of our tour.”

My words came out fine but they didn’t sound right to my ears.  “That would be cool.”  My mind was other places.

His words didn’t sound right either because I think his thoughts were in the same place mine were.  “Nice nose piercing by the way.”

Maybe it was unnecessary because his face was already closer to mine, but I pulled the neck of his t-shirt into the ball of my fist and said, “Would you shut up and kiss me already?”  I pulled him the rest of the way to my face but he was moving too.  Still, like a fucking tease, he paused with his lips just centimeters away and his eyes scanned mine.  He laced the fingers of his right hand through my hair, almost as if to anchor me, and I closed my eyes.  I could feel the heat of his lips before they actually touched mine, and when they did, I felt my entire body tense up and my soul began to sing.  My mouth opened to take him in and his tongue traced my upper one, teasing once more, making my body tense up again.  My core felt like it was vibrating and catching on fire while my insides were turning into a puddle.  I could feel my heart begin to thud in my chest as though it were going to explode, and I touched his tongue with mine.  Holy shit, he tasted delicious, and I knew right then that I could do this all day.  But then we stopped and I sucked in a breath, and it was hard to reach the bottom of my lungs.  I forced myself to relax my hand and splayed my palm against the shirt on his chest.  It was then that I noticed my panties were wet.

He opened his eyes, a tiny smile turning up the corners of his lips.  “That what you had in mind?”

Still hard to breathe.  “Yeah.”  And speak.  My mind was officially blown. 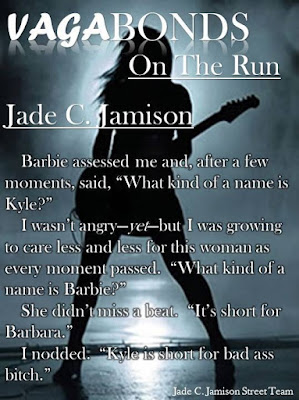 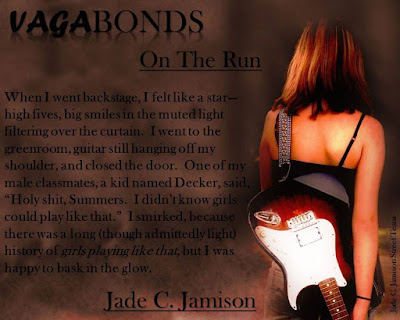