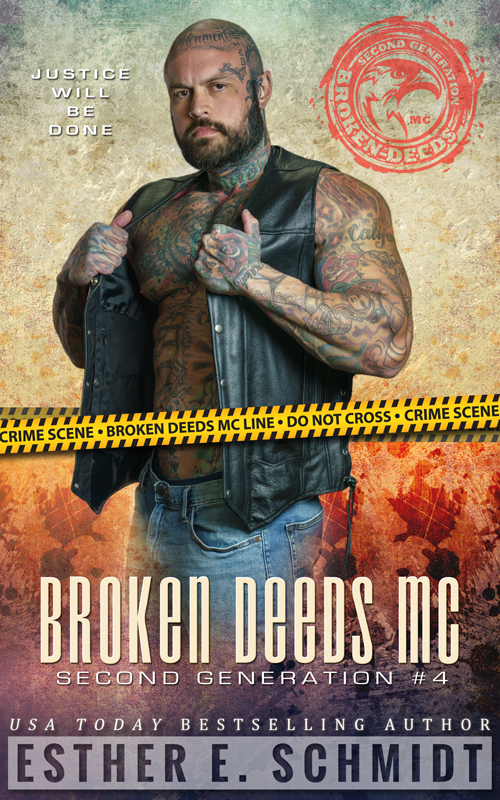 Being a part of one MC while repeatedly being hired to work on crime cases for another is a hard line to balance. One unfortunate incident causes an emotional collision between both MCs where a long-term alliance is on the verge of termination. All while Austin has finally allowed himself to claim the woman who has always intrigued him. The problem is, her father is a biker in the other MC and he was just evicted from their premises.

Jersey’s self-esteem has taken a few blows and while she’s trying to get her life back on track, it gets derailed by her childhood crush. When a serial killer is mixed into a situation where tension between two MCs is high–and emotions are running rampant–bloodshed is unavoidable. But where will the loyalties lie when lives are at stake?

Broken Deeds MC handles cases the government can’t close; they take charge and won’t stop until justice is served. This second generation is a series where each book is a new couple, handling a new case, and can each be read as a complete standalone with a happily ever after. 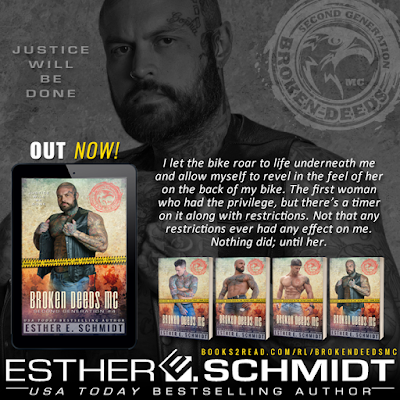