***BLOG TOUR, EXCERPT & GIVEAWAY*** In Between: the Novel by Shannon Foy 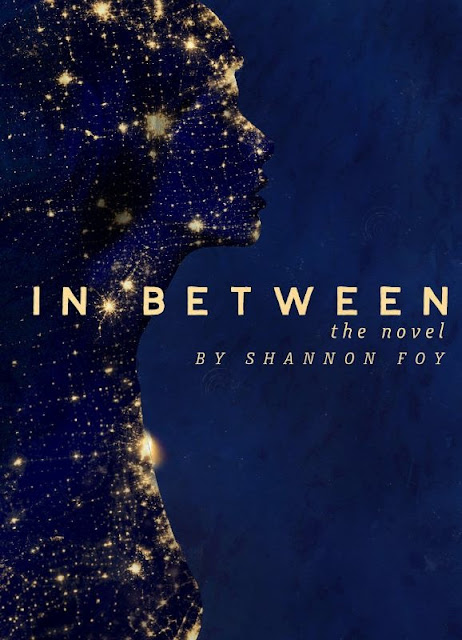 Loan officer Roosevelt St. Vincent travels the globe as she unravels the secreted histories of the vampire community invisibly surrounding her. Follow her on the journey that confirms the existence of the paranormal which gives her the strength to accept someone else’s past, even as it alters her future.

Peppered with sex and sarcasm, Foy’s light hearted voice finds depth and detail that will cause the reader to both laugh and cry, probably at the same time.

“How vampires should be written.”
“She doesn’t take the easy route.”
“Maturely polished….hooked after the first page.”

Which In Between: the Novel Character Are You?

In Between: the Novel Excerpt © Shannon Foy 2016

I was nestled on a vintage couch, tucked in a windowed corner of Average Joe’s Coffee Shop, avoiding the claustrophobic trek home out of Boston’s Financial District. I wouldn’t have noticed him had his entrance not changed the air pressure equilibrium, sending dust from the busy street into a spin around polished leather shoes. He took a quiet gaze around the room, catching my eye, prompting a weak but polite smile.
I returned to my book and took a sip from my upside-down caramel macchiato. The macchiato wasn’t upside down; it’s a preparation technique. It didn’t matter though because my curiosity was not to be distracted by coffee. I dared to sneak a peek over the horizon of my book at the tall man in a long coat placing his order and looking my way once again.
Did I have something on my face?
Coffee on my shirt?
Was there someone behind me?
No, Roosevelt, just you being insane.
Focus, I thought, returning to the same paragraph. Apparently the control tower lost contact with the plane.
That was not a metaphor.
Though I tried to willfully ignore the man, he made it much more difficult to do so by pointedly sitting in the maroon armchair across from me.
Focus on the book.
The control tower lost communication with the plane.
But there was a feeling that started at my toes and worked its way up. A buzzing pulsing through the air between us. Electrical energy connecting me to him and him to me. I found it hard to breathe. And difficult to look away.
Say something, I encouraged myself.
Good looking guy, coffee shop—this is how romantic movies start.
It is also how stalker movies start.
It didn’t matter what scenario I was about to engage in because his phone rang, screeching common sense into me, retreating back to my book.
The control tower had lost communication with the plane.
Almost as quickly as he came in, he stormed out, nearly tearing the bell off the door as he left.
Stranger things had happened to me before.
But that was not the only time the gentleman from the maroon armchair and I would cross paths. Of course not.
After work the next day, I crossed the street once again to Average Joe’s.
“Hey, Roosevelt. What can I get for you?” asked Adrienne, the Snow White waif of a barista who always seemed to be working.
“Upside-down caramel macchiato, please.”
“Anything else?”
“Not yet.”
I weaved my way through scattered seating, passing a couple playing Yahtzee. Occupying the same couch in the corner, I pulled the same book from my purse and began again at the paragraph I couldn’t get past the day before. Turns out, everyone on the plane was dead.
I will admit that I never anticipated seeing the gentleman from the maroon armchair again, but I won’t deny that I secretly wanted to be wrong. So much so that I let myself be distracted by the bell of every customer’s entrance and the shadow of every tall man walking outside.
As my coffee was delivered and as the circumstances in my book elevated my heart rate, the moment I had been waiting for arrived.
Such as before, he entered. Long coat. Polished shoes. He crossed to the counter, but this time I did not hide my intrigue. Nor did he. And just as before, he took the seat across from me.
Another polite smile—this one a bit friendlier, with a twinkle in my eye and a bite of my lip. He winked the slightest wink.
The same magnetic tension that reverberated between us the night before continued its drumming.
Adrienne, seeing our slight exchange, delivered the gentleman’s beverage, then continued to my side of the table.
“Do you need anything, Roosevelt?” she asked, eyeing me for some sort of telepathic transfer of information.
“I’m good, thanks,” I responded, wanting nothing more than my unwelcomed wingman to fly away.
And, just as before, the gentleman from the maroon armchair received a phone call.
“Hello?” he began, frustrated. Frustration turned to anger, and anger made him terrifying. His jaw tightened and his eyes fired. I swear his breathing stopped as that buzzing around us began to shudder.
“Who is that?” Adrienne whispered as he left.
“I don’t know,” I answered, watching him climb into the passenger seat of a dark car.
“Wasn’t he meeting you here?”
“No.”
“Huh. He acts like he knows you. Are you sure you didn’t make out with him at a party or something?”
“Pretty sure.”
No, I was very sure. First, I knew the names and life stories of every man I’d ever slept with; and second, I didn’t just make out at parties.
“Well, let me know if he bothers you.”
“Yeah,” I said in a daze.
I heard a buzzing from my purse and grabbed my cell phone. I had a message from a friend of mine, Patrick.
“You know you want to meet me at that Scottish place in 15 minutes,” the message read.
“No, I don’t,” I responded. “I just had the weirdest encounter, and I want to go to the store then go home.”
“You want to tell me all about it at this restaurant while watching two hot guys play music.”
A loud band in a crowded place was the last thing I wanted. But I needed to get out of my own head.
“Fine. But you owe me a drink,” is how I replied.
“Deal.”