Paige Donovan is an ambitious college graduate who aspires to reach the top of the corporate ladder. She’s climbing fast when given the promotion of a lifetime at a prestigious fashion magazine in New York City. Her bright future comes to an unexpected halt after news of her father’s death. She inherits his old cabin in the Colorado Rockies, and just when she thinks her luck couldn’t get any worse, she has a car accident in the mountains and awakens in the small, remote community of Black River.
Soon, she’s engulfed in the mystical world of Varulv---wolves descended from 13th century Scandinavia and blessed by Norse gods with the ability to appear human. Paige is desperate to return home, but never expects to fall for her rescuer, Riley Gray, a charming young werewolf from England who offers her an alternate future with his pack.
Now, she must choose between the career she’s always wanted and the love she’s always dreamed.

When I finally opened my eyes, they felt swollen. The pain in my head spread throughout my entire body. Dim light surrounded me in this strange room. I lay on a bed and looked up at the ceiling. I tried to speak, but my throat was dry. Only a quiet wheeze escaped. A low groan followed as my headache pounded against my temples. I still felt hot and sweaty. Layers of blankets covered me, and I wanted to yank them off. When I touched my abdomen, I wore nothing but my bra and panties.

My eyes darted around the unfamiliar room. On the wall, I noticed a shadow of something next to me. What the hell is that? I turned my head and saw a candle in the window, but what cast the shadow scared me to death. A large, white wolf lay on the floor beside me. There was no mistaking it for a dog. The bed was low to the floor, and its head was close to mine. I opened my mouth wide, prepared to scream, but wheezes and weak gasps escaped, instead. I thrashed my head against the pillow, as if the motions would turn up the volume in my voice. Finally, a shriek pushed through my sandpaper throat. It was a high-pitched squeal at first, but then, it burst forth and filled the room. I sat up quickly. Aching pain tore through my body, and I heard my bones crack.

The wolf awoke with a start. It jerked its head up, and glowing, yellow eyes blinked until they settled on me. I shrank away from it, nearly falling off the bed, screaming until I went hoarse and gasped for breath. The wolf stood on all fours, its size definitely that of a Great Dane. Our gazes locked for a brief moment before the animal ran out the room. I sat against the headboard, clutching the blankets against my chest. I was alone and terrified. Within seconds, tears trickled down my cheeks.

PAIGE BIO: Paige Donovan is the narrator. She’s a 23-year-old graduate of New York University, and was born and raised in New York City. She’s 5’7” with long brown hair and blue eyes. She loves designer clothes, glamour, and can’t live without modern technology. She’s thrilled to work for Elle magazine in the city, and all her hard work earned her a promotion from Assistant to the Creative Editor to the prestigious role of Creative Designer. Working around beautiful models all day, she’s become insecure about her looks and weight. The added pressure from her overbearing mother to succeed doesn’t help matters. Since her father’s sudden death, she only has few people to turn to for help. She thinks it’s the end of the world when all the luxuries she usually enjoys are taken away from her. Life gives her a much needed lesson when she ends up in Black River, a small secluded town in the Colorado Rockies, without cable, Internet access, or her smartphone. She’s still a tough city girl, and tries her hardest to adapt to this new environment. She’s also not afraid to back down from a confrontation with a human or a werewolf.
RILEY BIO: Riley Gray is the lead male character and the sole beta male his werewolf pack. He’s 24 years old, six feet tall with sandy blonde hair and light green eyes. He grew up in a small, isolated village inhabited by his kind—Varulv---in North Yorkshire, England. After his father, Aidan, committed several crimes to avenge his murdered wife, they were on the run from authorities for over a year, along with Riley’s twin sister, Quinn. He first met Paige a year after his family settled in Black River, Colorado, thanks to a tip from a fellow werewolf and friend. Being a wolf, he loves the outdoors and usually has a year-round tan except in winter. Although his first encounter with Paige was brief, it was the first time since his mother’s death that he experienced true happiness. Since he’s the pack beta, he does odd jobs around Black River; anything his father asks of him. Sometimes he asserts his authority over other pack members, even Quinn although she has the same rank. Males typically dominate their female counterparts in pack society, so Riley feels he has authority over her too. He’s loved Paige since they were children, and would do anything to spend the rest of his life with her. Riley is fearless, and the only one in his pack brave enough to disobey the laws and challenge his father, the alpha male.

April Bostic is a New Jersey-based, Adult Romance author who enjoys unleashing her creativity and letting her imagination run wild. Her love of romance books inspired her to become not just a reader, but also a writer. In December 2008, she self-published her first novel, a contemporary romance with a supernatural twist entitled "A Rose to the Fallen".
Her first short story, "Right Here, Right Now", released in January 2012, is an erotic romance with a dash of S&M. The following year, she released two more short stories: a romantic urban fantasy inspired by the Greek myth of Eros and Psyche entitled "Eros, My Love", and a sexy romantic comedy entitled "Love Addiction".
After five years, she released her second novel, "The Howling Heart" in August 2013, a paranormal romance that delves into the mystical world of werewolves and Norse gods. To end her busiest year in publishing, April also released her fourth short story in December 2013, a historical paranormal romance entitled "A Dark Scandal". 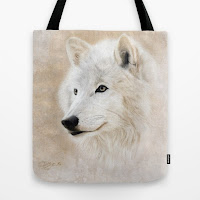 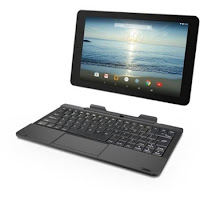