We invite you join the Nicole & Colt Edwards Group on Facebook. Don't miss out on the fun and prizes at the Speechless Release Party happening Monday, June 7th starting at 8 AM CST till Tuesday, June 8th at 10 PM CST. 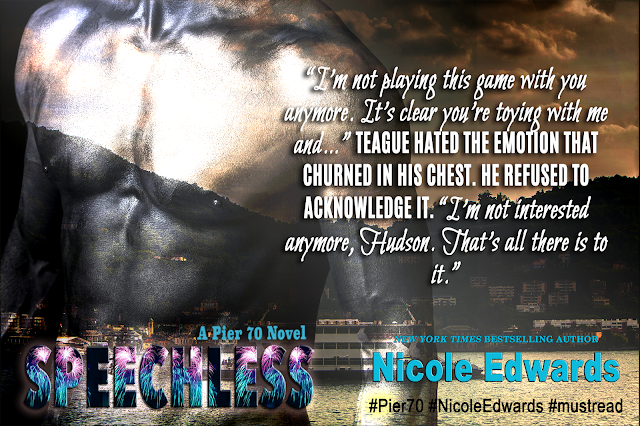 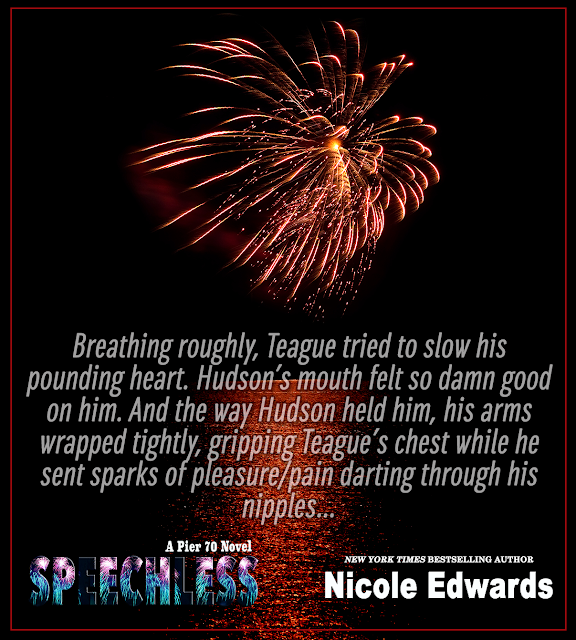 Teague was exhausted.
He had hardly slept last night, and it only had a little to do with the fact that Hudson had summoned him over so he could watch him masturbate (which, by the way, was hot as fuck). No, after that, when Teague had gone back to his apartment and attempted to sleep, he continued to think about Hudson. The man had captured his every thought and all of his dreams. He had tossed and turned, waking up with his dick in his hand because he was so turned on it fucking hurt.
So, suffice it to say, he needed a nap, but he had agreed to help out with some of the appointments today. And that’s how he found himself sitting behind the wheel on the boat while a group of girls flirted it up with a group of guys on the pontoon they’d rented for the afternoon.
He was actually used to this type of outing. He’d even had women ask for him specifically, though he doubted they knew he was gay. Not surprising, since he didn’t bother to tell them. What was the fun in that? He’d never so much as touched a woman in his life, and he had no desire to do so, either.
From the time he was old enough to figure out what his dick was intended for, Teague knew he wasn’t interested in boobs and pussy. Nope. It’d always been dick for him.
He’d experimented early on, topping a couple of times, but quickly learned that he preferred to be fucked, to be taken hard and fast, drilled into… Bottoming was certainly what he wanted. The whole top thing … required too much control, and that was one thing he lacked. Even he knew that.
And women … they didn’t have the parts that would please him.
But he could definitely flirt when necessary because it was good for business.
His phone buzzed in his pocket, and he retrieved it while making sure no one was around him. After Hudson’s text last night, he had no idea what the guy might send over, and he damn sure didn’t want anyone else to see it. Still, he remembered the commanding message for him to come over and watch. At first, he’d thought it had been some sort of test. Without hesitating, he had gone over and… Holy fuck. If he’d been concerned about whether or not it had been wise to accept Hudson’s proposal, he was no longer worried. The guy was hung like a fucking horse, and he was dominating when it came to sex. No way could Teague go wrong there.
You cool?
The message was from Hudson, and it was the first time he’d heard from him today, so it made him smile. Hudson was checking on him.
Not that he would put too much thought into that.
Yep. All good. You?
I’d be better if you were in the shop today.
Teague’s mind conjured up a million ideas about what they could do if he was in Hudson’s tiny little office, or even out in the shop.
Figuring it was his turn to tease a little, he responded with: And what would you do if I was?
What would you want me to do?
Of course Hudson would answer the question with a question. Still, he responded honestly: Whatever you wanted.
A minute passed, and Teague figured Hudson wasn’t going to respond, but as he was putting his phone back in his pocket, it vibrated. He took a deep breath as he pulled up the text and stared at the screen.
You would be okay if I sit you on my desk and suck you off right here?
Alrighty then.
Teague was fairly certain he’d just had a hot flash.
Like, seriously.
He peered over at the people on the boat, making sure they weren’t paying any attention to him. On a normal outing, he would’ve been hanging out with them, enjoying the party, but he was too tired today. Or he had been right up until he’d imagined sitting on Hudson’s desk while Hudson sucked him off.
Fuck.
He tapped out a response with shaky hands: I think I could handle that.
We’ll see about that. Come find me when you get back. As soon as you get back.
Thankfully, Teague had his sunglasses on, because it gave him some privacy for his thoughts. He knew he was easy to read, and the last damn thing he wanted was for these people to see the intense lust burning in his eyes.
He glanced at his phone to check the time. Still at least an hour and a half before they would be heading back to shore.
Surely he could wait that long. 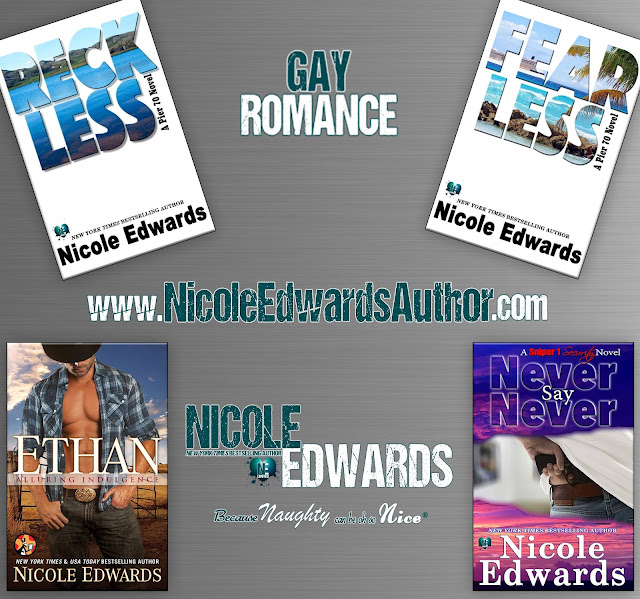 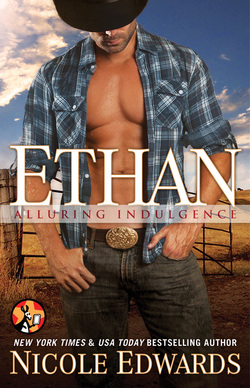 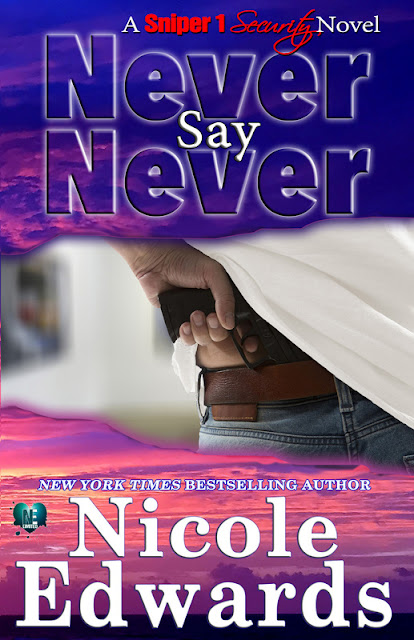 For a chance at an awesome prize and some exlcusive content from Nicole Edwards, go here:
http://nicoleedwardsauthor.com/speechless-tour.html
Hosted By: