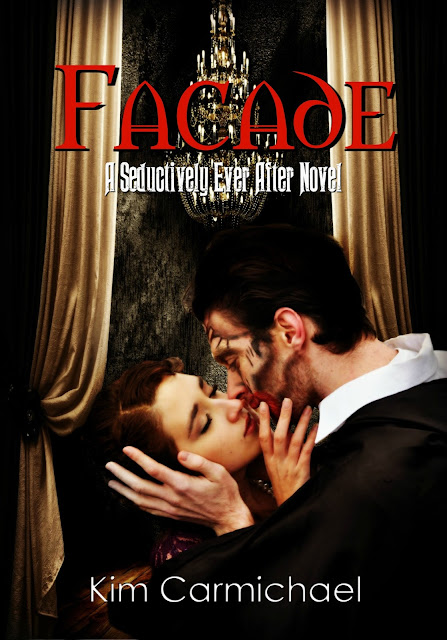 A Modern Romance Inspired by
The Phantom of The Opera

The world is nothing but one big façade. You have to be special to see the behind the mask.

Erik Renevant once lived in the spotlight. As lead singer for the wildly successful group, Specter the world revered him. When an accident destroyed his band and his face, he chose to live his life in the darkness, hiding away from the shadows of his former self and refusing to be seen again.

Christine Day longs to have her chance in the spotlight. Living her life flitting from one thing to the other and currently without a permanent residence, she sees her big break in becoming the backup singer for an unknown band and entering the Stage of Stars, the latest hit reality competition.

When Christine wanders into Erik’s perfectly controlled world and he hears her voice, he knows she is destined for super stardom. However, he never dreamed she would be the one to help him shatter his own façade and lead him into the light.

Façade is inspired by the beloved story of the Phantom of the Opera and is a combination of all the different incarnations. 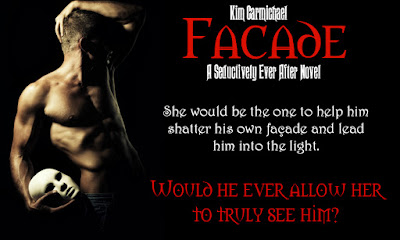 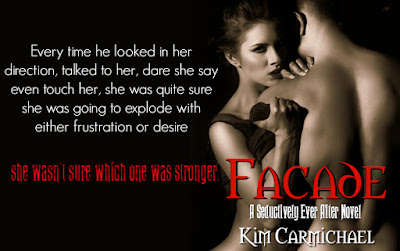 
GOLDEN EYES, LONG, LAYERED black hair that framed his face, tall, lean and powerful. When Christine pictured her ghost, never in her wildest dreams, did she think she would conjure a man who was only a little older than her and looked like rock star crossed with a sexy superhero, or maybe even a super villain. Heck, the man even wore a white mask over half his face. All he needed was a cape to go with his tight white button down and equally as tight and much more impressive black jeans.

Did she ask about the mask or was it apparent why he wore it? What did she do now? No matter what he looked like, she had to hug her benefactor.

She swore she felt him shaking when she wrapped her arms around him, but it didn’t stop her.

After what seemed like an eternity, he gave her a light embrace. She didn’t know why her breath caught or why she didn’t want to let go.

He stepped back first and stared into her face.

Neither of them spoke. As if they each needed to assess the other, they simply stood there.

“Erik?” She had to say something.

“Come on.” He took her arm. “We have to get you formally settled. We have a lot of work to do if you’re going to be ready for that audition.”

“You said something about some ground rules?” She hurried to keep up with him.

Without another word, he led her backstage to a set of stairs.

Maybe she was insane, but it never occurred for her not to follow him. Instead, she kept tight hold of him while he led her into the dimly lit passageway and brought her down two flights of stairs. The door he opened showed pitch-black nothingness.

“Erik!” With a gasp, she pulled him closer.

“Another thing we need to work on is your fear of the dark.” His smooth voice seemed to caress her. “The darkness is nothing to fear. Trust me, bright light can hold just as many horrors.” 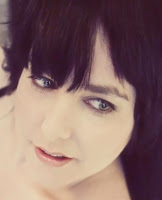 Kim Carmichael began writing eight years ago when her need for graphic sex scenes and love of happy endings inspired her to create her own. She has a weakness for bad boys and techno geeks, and married her own computer whiz after he proved he could keep her all her gadgets running. When not writing, she can usually be found slathered in sunscreen trolling Los Angeles and helping top doctors build their practices.