This Fall, Cara Addison brings you a brand new series, THE COAST.

Set along the Carolina coast, the detectives of the special investigations unit work within this coastal community to find suspects, gather evidence, and solve the crime of the day. Taken from the headlines of a real life community, each story has been fictionalized to fit the characters and setting of The Coast.

Here’s what readers are saying about Cara Addison’s crime and mystery novels.


★★★★★ Wonderful, exciting and an unexpected ending makes this book a terrific mystery. There are twists and turns but you will never guess the ending.


★★★★ Great mystery and great sex all wrapped up in intrigue


★★★★The idea is nothing but fantastic. This book is a thriller. The crime is genius, the rolls well played. It’s all about the lies. 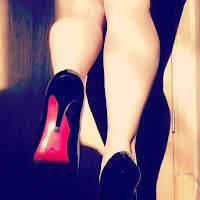 out-of-the-box thinking to ascend the Canadian corporate ladder to shatter the proverbial
glass ceiling. As the CEO of a government firm, Cara prefers to be out in the trenches, working to provide solutions rather than sitting behind a desk. Over her fifteen-year career, Cara has given back to her community, supporting her philanthropic interests as she provides strategic governance on numerous boards of directors.

While Cara loves to succeed in her work, it was an impromptu challenge to herself that led her to sit down one day and write a piece of fiction that was worthy of publication. Being an avid daydreamer since childhood, she transferred her own wit and humor to the narrative and dialogue of the characters that resided in her imagination. Words poured onto the page and within weeks, she had a full-length novel with characters, events, and situations that were influenced by the people and places in her everyday life.

In typical fashion, Cara found herself submitting ‘Passion, Power, and Privilege‘ to a publisher just thirty days after Kate Callahan and Bradley Taylor materialized in her imagination. Having boldly submitted her first manuscript she began writing another while balancing the demands of work and a young family. Remarkably, Cara has managed to juggle her career, motherhood, and the creative process of writing.

As the mother of two young daughters, Cara involves her girls as she indulges in outdoor adventures, shares her love of new travel destinations, tends to the backyard vegetable patch, and uses those fresh ingredients in her everyday cooking.With a growing catalog of novels, Cara uses her social media savvy to engage and interact with readers. Her playful, clever, and sometimes naughty banter resonates with male and female readers alike.

You can find Cara online at www.caraaddison.com where you can read excerpts and reviews of her novels. 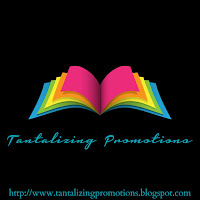