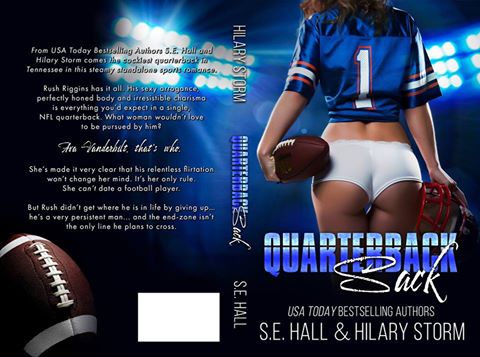 Are you ready to feel the RUSH- releasing March 14th?

Rush Riggins has it all. His sexy arrogance, perfectly honed body and irresistible charisma is everything you’d expect in a single, NFL quarterback. What woman wouldn’t love to be pursued by him?

She’s made it very clear that his relentless flirtation won’t change her mind. It’s her only rule. She can’t date a football player.

But Rush didn’t get where he is in life by giving up… he’s a very persistent man... and the end-zone isn’t the only line he plans to cross.