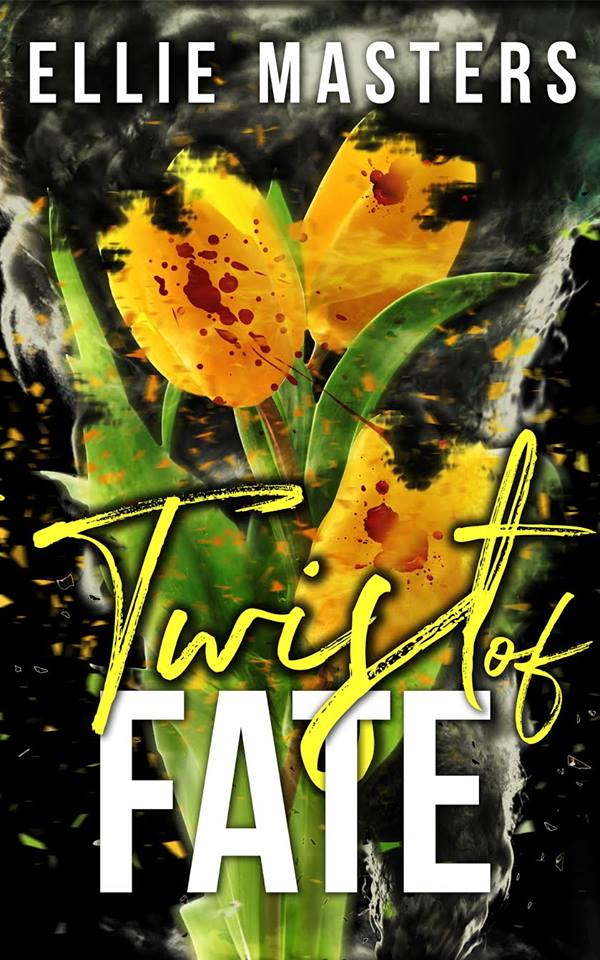 
Blurb:
Melissa is a victim, capable of attracting only the worst kind of man. She seeks redemption for crimes she did not commit.


CJ struggles to absolve himself of an unforgivable act. He seeks salvation through heroism, but fails every day.


Our prince, a man with the blackest of hearts and an endless capacity to inflict pain, seeks validation for his work. His corruption is absolute, but even he will sacrifice for love.


Meanwhile, a man of pure evil invades their lives, weaving his sinister threads and binding their futures.


But Fate has different plans for them all. As tornadoes tear through the town, their lives will be uprooted, twisted, and tangled beyond what any of them could foresee.


Buy Links:
Amazon US
All Other buy links

Kate Summers’s career on the Police Force came to an implosive end when the Mayor’s wife exposed her secret life as the Mistress of Pain. Kate lost not only her detective’s badge, but something much more valuable. She lost her confidence as a Mistress of men.
She now scrapes by as a private investigator, feeding off the misery of others. When the Mayor and his wife ask her to investigate the murder of their daughter, Kate faces a difficult decision. To follow the leads, she must reenter the world that destroyed her career and go undercover as a submissive to a noted Dom. Only Kate swore she’d never endure the submissive role again.
Yet Jake Davenport is the one dominant fearless enough to not only challenge her rules, but break them. While accepting her new role and the erotic thrill it brings her is difficult enough, Jake’s complicated past raises many questions. As her investigation progresses, the man she’s fallen in love with might just be her number one suspect.

Buy Link:
Amazon US
All other by links 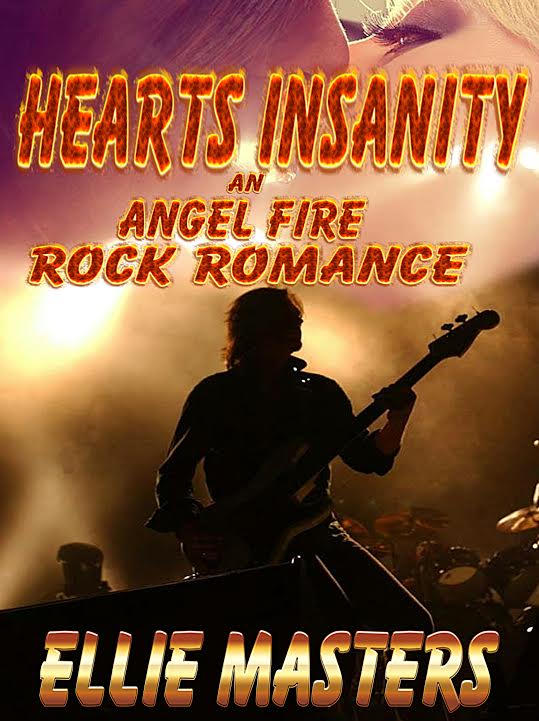 
Skye Summers endured a tragic past. She wants what the past stole, and despite lingering scars, she’s surviving and thriving. Now she cures the sick, heals the wounded, and takes care of those clinging to life. The only person she can’t heal is herself, because Skye is too broken for love.
Ash Dean has it all: Fame, fortune, and the adoration of screaming fans. The constant parties, drugs, alcohol, and an endless string of one-night stands are taking their toll. He gives and his fans take, until he’s lost within the crowd. He wants someone to see him for the man he wishes to be rather than the one he’s become.

It would be insane to accept and Skye’s a fool to agree, but she’s tired of playing it safe, besides what could go wrong?


Buy Links:
Amazon US
All other buy links 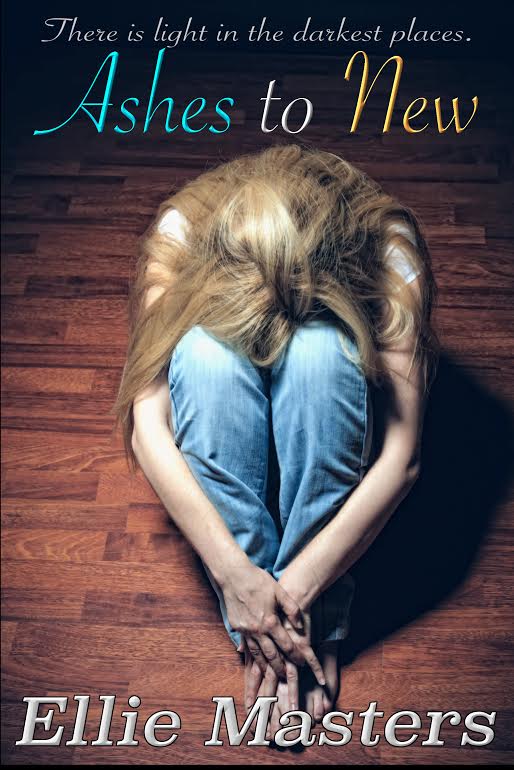 
Blurb:
Ashes to New, prequel to Heart's Insanity: an Angel Fire Rock Romance, is a story about the fiercest kind of love. It's about enduring. Surviving. And never giving up. Elsbeth and Forest are two teenagers trapped within an abusive foster home. They endure tragedy, but find there is light in the darkest places. With hope is as limitless as the summer sky, all they need is the love of one another to survive.


Buy LInks:
Amazon US
All other buy links 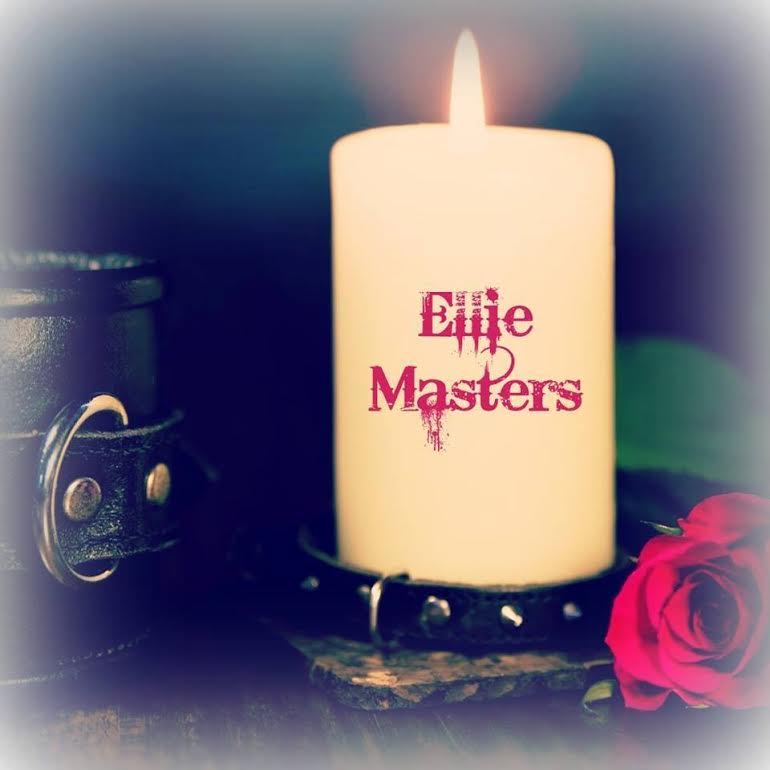 ELLIE MASTERS is the bestselling author of Heart’s Insanity: an Angel Fire Rock Romance. She writes multiple genres, creating the stories she loves to read. These are dark erotic tales. Or maybe sweet contemporary stories. How about a romantic thriller to whet your appetite? Ellie writes it all. Want to read passionate poems and sensual secrets? She does that too. Dip into the eclectic mind of Ellie Masters, spend time exploring the sensual realm where she breathes life into her characters and brings them from her mind to the page and into the heart of her readers every day.
When not writing, Ellie can be found outside, where her passion for all things outdoor reigns supreme: off­ roading, ATV-ing, scuba diving, hiking, and breathing fresh air, are just a few of her favorite pursuits.
She has lived all over the United States, east, west, north, south and central, but grew up under the Hawaiian sun. Now, Ellie is proud to call herself a Southern transplant, learning to say y’all and ‘bless her heart’ with the best of them. She lives with her beloved husband, two children who refuse to flee the nest, and four fur-­babies; three cats who rule the household, and a dog who wants nothing other than for the cats to be his friends. The cats have a different opinion regarding this matter.
Ellie’s favorite way to spend an evening is curled up on a couch, laptop in place, watching a fire, drinking a good wine, and bringing forth all the characters from her mind to the page and hopefully into the hearts of her readers.
Stay In Touch:
Website * Amazon * Facebook * Twitter * Goodreads * Instagram * Email * Google+ * Pinterest