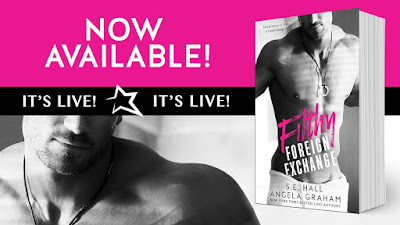 Temptation is ONLY a room away…. 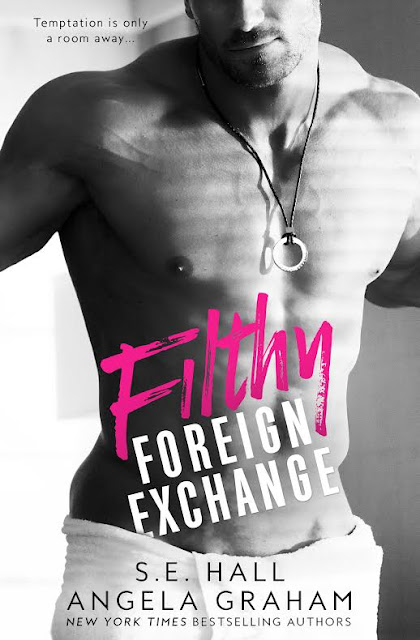 Echo Kelly is loyal to her studies, family, and aerial artistry. She has no time for or interest in anything else, and is heartbroken when her oldest brother, Sebastian, gets accepted to a study-abroad program— exchanging places with cocky, not-at-all-shy foreign exchange student Kingston Hawthorne.

Kingston Hawthorne had the life every twenty-year-old guy dreams of— endless cash, easy women, and fast cars— until his father ripped it all away, shipping him off to the States and placing him temptingly close to the underage virgin who fascinates him in the most challenging of ways.

With Kingston’s bedroom just a connecting bathroom away from Echo’s, the chemistry between them is even more enticing than the notes he leaves for her on the shower door.

How long can you pretend you’re just friends? 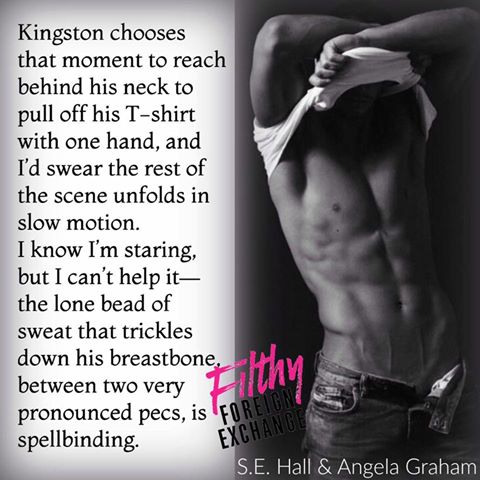 S.E.Hall, lover of all things anticipation and romance, is the author of The Evolve Series: Emerge, Embrace, Entangled, Entice, Endure and companion novellas Baby Mama Drama and Guide for Tools Looking to Date My Daughter by character Sawyer Beckett. S.E. also wrote the stand-alone Finally Found novels Pretty Instinct and Pretty Remedy. Her co-written works include The Provocative Professions Collection: Stirred Up, Packaged and Handled 1&2, One Naughty Night and full-length, standalone novel Matched with Angela Graham as well as Conspire, a romantic suspense, written with Erin Noelle.
S.E. resides in Arkansas with her husband of 18 years and 3 daughters of the home. When not writing or reading, she can be found "enthusiastically cheering" on one of her girls' softball games. 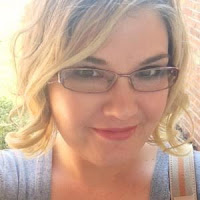 Angela Graham is a New York Times & USA Today bestselling author of the Harmony Series. She spent a lot of her childhood hidden away in the aisles at her local public library where she fell in love with reading. It was a home away from home through her youth to her adulthood.
In 2012 she knew she found her calling in the world of fiction the moment she began pounding away at the keys for her first short story. With a baby on her shoulder, she wrote about a year before deciding to try her hand at a novel. It was the best decision she ever made and one that changed her life in ways she never imagined.
Together with S.E. Hall, she has released five novels and one short story together.
Angela resides in Northwest Arkansas with her three beautiful children and a rowdy dog.