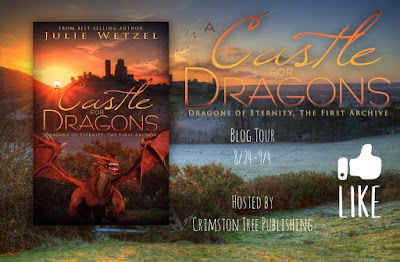 Castle For Dragons by Julie Wetzel
Dragons of Eternity, The First Archive 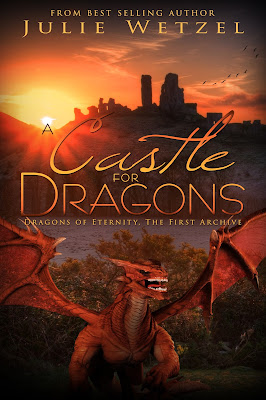 With a dragon ravaging the countryside, the Prince of Dragons sends out his best man, Patrick Mylan. His orders—secure an abandoned castle and stop the foul beast from stealing more maidens. This shouldn't be an issue for an Elite of Eternity


But there is more going on than there seems. When other dragons are sighted in the area, the town sends their maidens to their new lord for protection. Patrick's life just became a lot more complicated. With the dragon he's hunting acting odd and a castle filled with women distracting him, how is he supposed to do the job he was sent for? And what are the ladies going to do when they find out he's the other dragon in the area?


A Castle for Dragons is a prequel novel to On the Wings of Accidental Dragons by Julie Wetzel.
Amazon  Goodreads iBooks 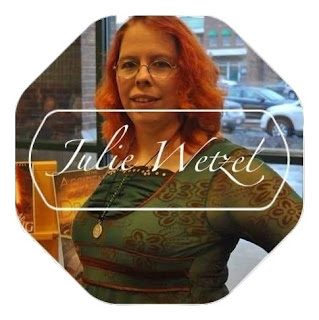 Julie Wetzel is a mother of a hyperactive red headed boy, and what time she’s not chasing down dirty socks and unsticking toys from the ceiling she's crafting worlds readers can get lost it. Julie is a self-proclaimed bibliophile and lover of big words. She likes hiking, frogs, interesting earrings, and a plethora of other fun things.
Webpage | Amazon | Facebook | Twitter | Goodreads

The Dragons of Eternity Series 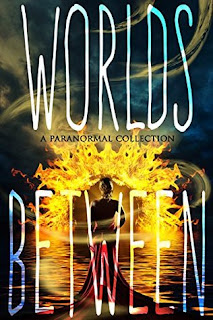 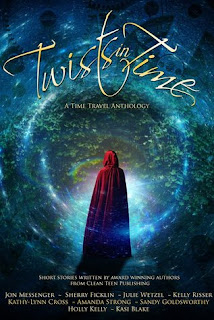 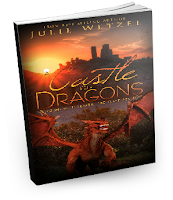 The dragon was huge! It stood ten feet tall at the shoulder, and its mouth was large enough to fit a full-sized man. His scales were black as obsidian, and a boned frill protected the back of his head. A beautiful specimen. It was such a shame that they were going to have to kill him.
“You’re going to take on that with a few swords and shields?” Kathryn sassed.
Patrick had to hand it to her. Even knowing she was going to die if he failed, she still had spunk. “Of course not, my fair maiden.” He smiled at her. “I’m going to use words.”
The look she shot him clearly said he was insane.
He patted her hand reassuringly as they waited for the dragon to approach. They stood at the center of a wall of men ready to defend the town.
The dragon stopped and considered them for a moment. His eyes fell on Kathryn before looking at the rest of the men.
Giving her one more reassuring pat, Patrick released her. Turning to where he had dropped his shield while the men formed ranks, he stomped on the edge of the disk again. The hard metal popped up, and he caught it with the same flare as before. “Wait here while I reason with him.” He turned his attention to Daniel. “Keep her safe.”
Daniel took up a protective position next to her.
“Good morrow!” Patrick called out as he walked into the field with the dragon.
The dragon cocked his head curiously.
“I am Patrick Mylan of Eternity. By order of the king, I demand that you end your harassment of this village. If you surrender now and come along peacefully, your trial will be just and your sentence lenient. If you refuse, you will force us to take swift action to defend these people.”
The dragon blinked a few times as he drew in a deep breath.
Seeing the attack coming, Patrick dropped down and raised his shield. A great blast of fire washed over the hardened steel, heating the metal. Grabbing the pouch at his side, he tucked it up so the flames licking around the edges of his shield wouldn't set it alight. As soon as the onslaught stopped, Patrick rose to face his attacker.
The dragon looked at him. The cock of its great head showed its confusion.
Steam rose from the man’s soaked leathers, but Patrick was mostly unharmed. “It would do you good to use your nose before you attacked,” he taunted. “I know a thing or two about dragons.” 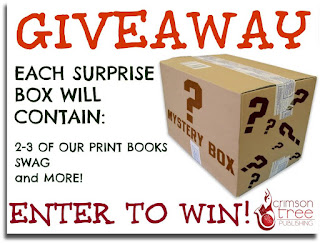 a Rafflecopter giveaway
Hosted and Organized by: 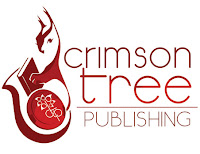