SASS BY LARAMIE BRISCOE
RELEASE BLITZ
We have to give it a little sass…..
Release Date: March 24, 2016

BLURB
I, Cassandra Straight, have loved Reed Shamrock to distraction since I was a teenager. I even watched him fall in love with someone else and almost get married. A year ago, when he walked into his house and found his fiancée’s face in his best friend’s crotch, his life changed forever and it hasn’t been the same since. On his first night out since the horrible incident, we run into the ex-skank. Seeing the devastation in his eyes, I made a promise that I would help him get over her. I told him that a pretend relationship between us would work. It would help him move on. I didn’t count on my heart or his getting in the way. And I sure as hell didn’t count on not being able to tell when pretend turned to reality. When it all implodes, the only thing left is the truth. Sometimes though, the truth? It hides and we have to dig deep to find it. To make it come to the surface, we have to give it a little talking to. We have to give it a little Sass.


Included in the back of Sass is an exclusive sneak peak of “Renegade” – the first book in a new series for 2017! 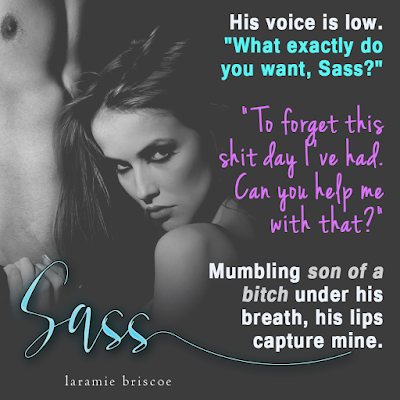 Laramie Briscoe is the best-selling author of the Heaven Hill Series & the Rockin' Country Series. Since self-publishing her first book in May of 2013, Laramie Briscoe has published over 10 books. She's appeared on the Top 100 Bestselling E-books Lists on iBooks, Amazon Kindle, Kobo, and Barnes & Noble. She's been called "a very young Maya Banks" (Amazon reviewer) and her books have been accused of being "sexy, family-oriented, romances with heart". When she's not writing alpha males who seriously love their women, she loves spending time with friends, reading, and marathoning shows on her DVR. Married to her high school sweetheart, Laramie lives in Bowling Green, KY with her husband (the Travel Coordinator) and a sometimes crazy cat named Beau. 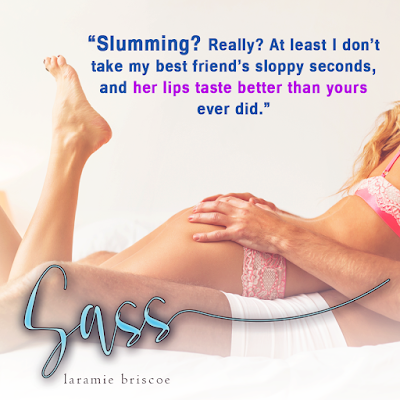